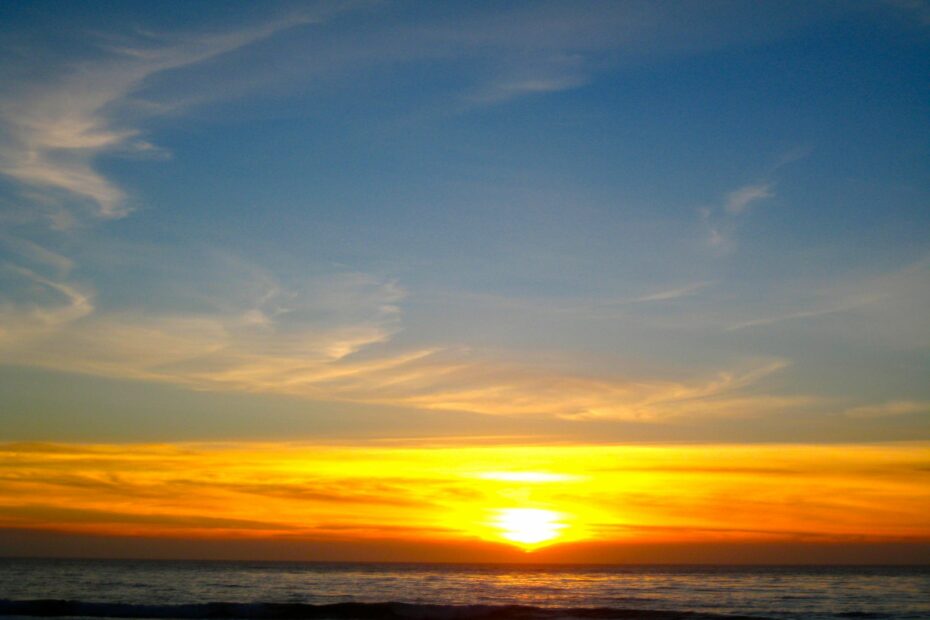 Have you ever thought of who God sees when God looks at you? God doesn’t see the person you are. That’s because the Lord knows about the person who can be. That’s the person God sees. God is the God of hope. God is such a hopeful God. No matter how many times we have stuck to our old, tried and not so true ways to a crisis, to temptation, to an insult, to hard work, conflict, or a challenge, God holds out hope that this time we’re going to do it differently—we’re going to do from now on while walking with the Lord.

Some people don’t change for the better even when they’re given the chance; others do. Sometimes it takes a crisis to give this new you a chance to take over. We face circumstances that cause us to rise to the occasion, to take a step forward and really become that better person. Sometimes it’s the hero impulse, when someone sees someone fall onto a subway track, jumps down and pulls the person out of harm’s way. Other times either you’re going to become someone new or you’re going to really struggle through something hard, a financial difficulty, or another relationship gone south. Those are times when hope can take over and when we let ourselves be changed for the better. What we make of what life gives us is in our hands and hearts.

We probably are like most people, like Hal Elrod used to be. He wasn’t significant in his own mind, just an ordinary person with a normal life and decent job. One day, he chose to set a lofty goal. He achieved that goal and was on cloud nine until a drunk driver hit him head on, broke eleven bones, and left him in a coma for six days. He awoke with permanent brain damage. Doctors told him he would never walk again. However, Hal made the decision to be grateful for what he had and to be purposeful in his actions. He didn’t let anyone define his life. Instead, he defined his own day, every day. Not only did he walk again, he ran. Hal completed a 52 mile ultra-marathon and went on to pen the blockbuster book The Miracle Morning.

Now I’m not someone who says God places these crises in our lives on purpose. Certainly Jesus didn’t hold to that. He would never have pointed to God as the source for tragedy in our lives. James, Jesus’ brother, in The Letter of James says, “No one, when tempted, should say, ‘I am being tempted by God’; for God cannot be tempted by evil and he himself tempts no one.” The Lord doesn’t have to. Life is guaranteed to give us more than enough opportunities either to bring out the better or not.

Jacob found himself in such a situation. Scripture talks about the fear of the Lord; well, in the story preceding our reading, we hear how Jacob begins to experience the fear of Esau, his older twin brother. You may recall that Jacob had weaseled away from Esau his birthright one day when his big brother was so hungry, he gave his birthright to Jacob for a bowl of stew. Later, with Rebekah, his mom’s, help, Jacob deceived Isaac his dad, pretending to be hairy, smelly Esau (Isaac’s fave), and got his father to bless him instead with the one and only-time first-born blessing. That was the last anybody saw of Jacob because he immediately went on the run. Jacob had been a dishonest man, who used trickery to get what he wanted, even at the expense of his brother, his father and whoever else was in his path. He was a deceiver. That’s actually what the name Jacob means, “deceiver” or “supplanter.”

Jacob probably had a million excuses as to why he needed to deal with people in this way: Esau had it coming… my dad never loved me… everyone else is playing dirty so why not me…. Excuse after excuse. We’ve all got the excuses or the reasons to do what we do, and why we become who we become. At some point, we ought to wrestle with whether this is the way things should continue. Perhaps you know someone who feels she is often under attack by others. He takes things the wrong way. While she may believe she has the right to act this way, other people consider her prickly, unhappy, and unpleasant. When you’re faced with such a person, it’s like you want to tell them, “It’s OK. Relax. Isn’t there someone in there who believes things aren’t as bad as they appear?”

Our scripture reading finds Jacob in the grips, literally, the grips of the Lord. Jacob was at the end of his rope. Jacob’s time had come because Esau was coming over the hill with his men and his years of pent up fury, thought Jacob. He was desperate. Jacob could see how it all was going to end, and he didn’t like it. He couldn’t keep fooling himself that he was alright. He finally saw it wasn’t everyone else who had it wrong. As someone quipped, “We don’t usually change because we see the light, but rather because we feel the heat.” Jacob decided it was time to take his whole life to the Lord. No more

excuses, no more blame, no more anger or greed or deception. He wanted to live a whole life in God’s sight, no matter how anything else worked out.

He knew God was his God, whether or not his life had gone perfectly, whether or not others had been fair, whether or not he had done what he should have done. He knew his only answer for what bothered him about this life, his life, could only come from turning to the source of that life. He had to stop taking things out on others and on himself.

A reason people can’t find more of God in their life is because they aren’t willing to take more of their life to the Lord. God can’t bless what isn’t offered. You can’t keep the old you and get the new one at the same time. Jacob couldn’t still be Jacob and be Israel. We can’t act the same way, believe the same things, think the same thoughts, and get anything different than what we’ve already gotten. In other words, if you need to change, then you will have to change. If you can’t get there from here, then travel with the Lord.

One untold story of hope is the millions of newly-widowed men and women every year around the world. We ignore this immense loss because it’s so common; yet, to the person it happened to, it’s not at all. Even with the commonness, the loss of a spouse or life partner is no less painful and no less real. While some end up shrinking under the weight of the life change and no longer have an easy way to their identity or comfort zone, many live through the loss and grief that comes with it. They honor the memory of their beloved with a commitment to make their lives still ring true, good, and beautiful, as they would want them to live. This is true of many significant losses we experience in our lives, including mom and dad, a child and siblings. When we’re being changed, let hope transform you into the better shape.

When the Lord got done with Jacob, he no longer looked quite as handsome, and he wasn’t smooth, fast-talking Jacob. He had a limp. He was marked by God. Jacob was no longer even Jacob. He went by a new name, Israel. He was marked by God through and through. Jacob finally had become the man God had seen in him all along, someone he named Israel. God had given him a name, and nobody could change that.

Many people want to go back to their high school reunions and look the same, stand as tall, act as youthful. We’re hoping nobody will notice our wrinkles, or our slight limp, or the way our hair has thinned out, or how our bodies don’t look as young anymore. But if you’ve been wrestling with life,

and who hasn’t, then these aren’t marks of embarrassment. They’re a badge of strength and honor. Find a way to see yourself as God sees you. Don’t look at yourself the way others might.

The prophet Isaiah prophesied that the Messiah would be “striped,” bearing on his body the marks of our wrongdoing. Jesus was so marked, and God was so proud of him, and so in love with him, he refused to let death have him. God put Jesus, with his holes and tears and marks, put him right up next to him on the throne of glory, “so that at the name of Jesus every knee should bend, in heaven and on earth and under the earth, and every tongue should confess that Jesus Christ is Lord, to the glory of God the Father.”

That’s a name that will never be taken from us. And for all who are “in Christ, there is a new creation: everything old has passed away; see, everything has become new!” 2Cor. 5:17

I want to read what happened to Jacob after our passage ended. “Now Jacob looked up and saw Esau coming and four hundred men with him. So, he divided his children among Leah and Rachel and the two maids. He put the maids with their children in front, then Leah with her children, and Rachel and Joseph last of all. He himself went on ahead of them, bowing himself to the ground seven times, until he came near his brother.

But Esau ran to meet him, and embraced him, and fell on his neck and kissed him, and they wept.” Esau believed in a God of hope, forgiveness, love, family. He knew there was more to his brother than what he did long before. Be like Esau when it’s your turn. Let the God of hope change you so that you can be the one who make an amazing impact.

There is more to us than meets the eye. But to bring that out takes a little bit more than dreaming about it. Like Jacob we need to wrestle with the Lord, be blessed, be marked, and perhaps even be given a newer and better identity in keeping with God’s purpose. God can see already the person you can become. Take hold of God’s faith in you. God will bless all that we offer.