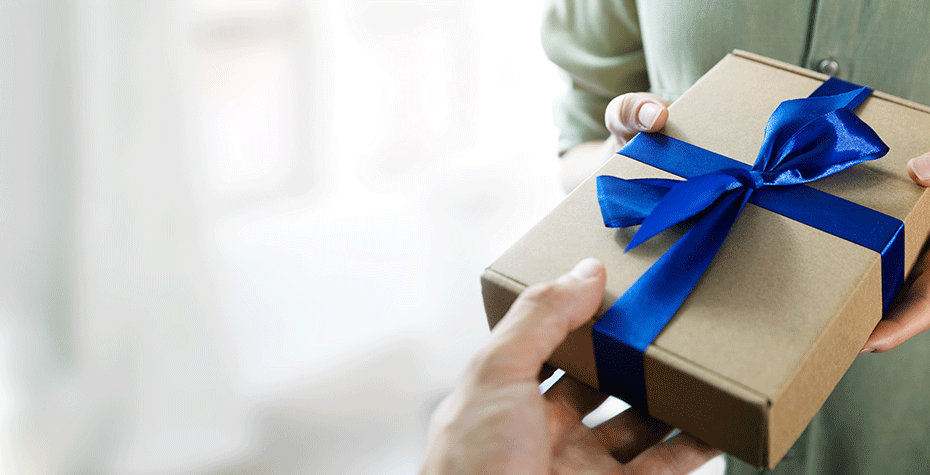 The math we like is addition, or maybe even multiplication. With addition things add up and we get more. We like more. We’re supposed to be the more people of the world. We like the abundant life, and I don’t just mean material things. We want spiritual blessings in abundance, answered prayers, new jobs, healthy children and grandchildren, good marriages and significant work and ministries. Of course, and who can blame us. Who doesn’t? Did you know in China the polite answer to “How are you?” is “I am very busy, thank you.” If you are very busy, then you must be fine. Busy people are successful people, important people, blessed people.

A few years ago, the bestseller list included a book on leadership called Getting to Yes. “Yes” is one of the great words that adds so many wonderful things in our lives that it’s tough to see what’s wrong with it. “Yes, I want the job.” “Yes, I will marry you.” “Yes, I want to be baptized.” It’s the favorite word of the active person, the go-getter, the multi-tasker. Saying yes means you are wanted and needed, and you belong. It means you’re important and doing something with others, something new, something more. Doing more feels powerful.

Doing more feels divinely sanctioned. It can even feel patriotic, since we’ve been known to tell ourselves at economically questionable times that it’s unpatriotic not to buy more things because that’s how we keep our economy going, which is good for everyone. We tell ourselves God is a God of Yes and more. It’s almost impossible for us to think of God, when it comes to math-like terms, other than in addition. God is the God of more, the God who gives more, who wants more, who is the most. For so many this is the way it is. This is the path they take in their search for meaning and purpose and power.

But not for everyone. Meister Eckhart was a Dominican priest and theologian a long time ago, who said, “God is not found in the soul by

adding anything but by a process of subtraction.” Why would he say that? (He also said, “God is at home with us, but we are abroad.” Another goody.) Why would he say that? Well, because it’s true to an important extent. There’s only so much space in us. We can fill it with stuff, good stuff, for sure many times, but other times, just stuff, and definitely some not so good. Constantly filling, so we don’t feel empty. But where’s the limit? When do we call a halt to this accumulation? What if adding more isn’t about quantity but a process? I mean what if there is no end to the filling because each day we start again, and must go through the same filling to the brim process to be filled, and then it empties, and it’s a cycle or a circle? Then, accumulation never stops. Is there a limit?

God knew when to stop doing more, knew it couldn’t be an unending process—or an everyday occurrence. It’s true. Let me show you with the help of an observation. The first holy thing in all creation, the Jewish theologian Abraham Heschel says, was not a people or a place but a day. God made everything in creation and called it good, but when God rested on the seventh day, God called it hallowed. God called rest holy—not all that activity and making and doing and filling up the universe with light, land, seas, and critters of all kinds, including us. That was good or, even when added all together, very good. But what was holy? The day of rest, of doing less or nothing. The day of subtraction, we could say, became a holy day to God, aka the sabbath day. The sabbath is the day that recognizes enough is enough, that there’s a limit to things, and adding things on top of things on top of more isn’t the holy life. The holy day is the day of saying no, not yes. It’s the day of saying I don’t need it rather than give me more.

God isn’t the God of more, at least the holy God. We can have more with less. More isn’t always better. Power and purpose can’t come only from more and more. We can learn the power of less.

Can I confess a guilty pleasure to you all? It’s a guilty pastoral pleasure, though. I enjoy watching and listening to Joel Osteen occasionally. You know, the television preacher from somewhere in Texas who’s always smiling and always saying something upbeat and positive. He took over his “daddy’s” church and now there are like 35,000 people attending each weekend, at least there was before Covid. His hair never moves, and he often says the same thing, but it sounds so darn good. It just slides down and makes you feel all warm inside.

He has some great lines. He says things like: “You didn’t get average favor. You’re heavy with favor.” (Of course, with 35,000 there and hundreds of thousands more watching on TV or the internet, it’s tough not to assume someone’s getting average favor among the.) Or “Don’t just go through it, grow through it.” Or “Stop focusing on the problem and start focusing on the promise.” Or this absolute pearl of divine generosity: “God’s dream is for every generation to increase.” It’s basically impossible not to get caught up in the massive dose of positive spin on life. I’m right there with anyone who feels the feel-good vibe afterward.

Now of course anyone this popular is going to get his share of criticism. Lots of people take Joel Osteen to task because he never talks about sin. He has responded to this, and his response is he doesn’t talk about sin because his ministry is to lift people up. A lot of pastors criticize him because he is a proponent of what is called the success gospel, which he is. The success gospel is the idea that God is the God of more but on steroids, or perhaps to keep the mathematical idea going—God isn’t the God of addition, but of multiplication. In this gospel, success, meaning personal wealth, is the point of Christian faith, its reason for being. However, neither his lack of mention of sin nor his pushing for money are my biggest problems with his stuff, though they are problems for sure.

My problem is with Joel’s version of God. I don’t know how to see his God as anything other than a rather large failure, since most people don’t see an increase and most people aren’t heavily favored over others. Doing well is well enough. More than this, Joel’s God could only be talked about in a society where vast materialism is the norm and people have a huge expectation that things are supposed to always get better, which of course hasn’t been the norm since before Christ’s time, rather since the start of human history until the 20th century. In other words, our once-in-human-history consumer and mass-produced society, that is itself running up to its earthly sustainable limits, has become the image of God. God is made in our society’s image, which I think they used to call idolatry. (This is the point where I give a shout out for each of us to live more sustainably.) Joel’s God doesn’t have a holy seventh day of rest in her.

Now I understand someone may be thinking, “What are you saying, pastor? Does this mean God doesn’t want to give us good things? Does it mean we aren’t supposed to be as positive as we can, think good thoughts, and not wallow in negativity? God does dream good stuff for us.” Of course,

this is all true, but…. Simply put, the Christian life is not about us getting our due increase and favor and growing through things no matter how overwhelming or tragic they are. Sometimes you just survive, and hang on and wait, seeking comfort for your wounds.

Our prayers for the sick often don’t rescue them. Our worries concerning our children don’t stop them from going astray, sometimes for a season, sometimes for a long time when real consequences have set in. The job we want goes to someone else or never comes at all. Marriages struggle and divorces arrive at our doorstep, wanted or not. Athletic injuries cut short promising achievement. It’s simply not good enough, or right, or biblical to say that God is the God who keeps adding more on top of more on top of more until we’re fat and happy with increase and favor. Because if this is God, then what the heck happened to so many people? We don’t live in Disney World. We live in the real world—and this is the world in which real faith in the gospel, in the good news, needs to help us.

As we all know, prices have risen, coffee included. At home, we buy Gevalia coffee; it’s Swedish. Often there’s a deal, such as two for one. I’ve bought I believe twelve bags of it when it’s that good of a deal. Other times we can find it for under $6 a bag. Well, we could but we can’t find these deals now, so we needed to do something. Instead of pouring in five or a little bit more cups of water into the coffee maker, I’m stopping at four. This cuts my coffee scoops from six down to five. I know it’s not much of a

difference but it’s something. The thing is I was at first a little bummed that I was going to make less coffee, but the truth is we were throwing out coffee too often. It was wasteful. I’m not wasteful now, and I like it better. We don’t need more coffee, to be wasteful or profligate, to be happy or satisfied. In fact, I feel better, and certainly better than I thought I would feel when I decided to cut back. I’m not sad about reducing or tightening our coffee belt. It feels right. I feel good about using and getting less—I’m less jumpy too! I know it’s like basically nothing. Nobody could rightly call it a sacrifice, but it’s true: Less can be more.

Christ saw people aspiring for things that wouldn’t lead them any closer to peace or joy or contentment or strength or love. He saw them want more as if more was the answer to their questions, the solution to their problems, the goal of their lives. He saw them worry about not being loved by God, doubt that God remembered them, and distrusted they had any divine comfort coming their way. What did he say to them? He asked them to stop trying to add things and worries to their lives. He told them to hold fast to the Lord their God who watches over their lives and wants to comfort them. He said trust that you are of more value to God than birds and grass and lilies of the field. He asked us to find in the small and little and less of life the abundance and blessings and more of God.

Sometimes, less is more. Learn the power of less. It’s good, and more than good. It comes from God’s seventh day, the first holy thing.