ARE YOU A FUNDAMENTALIST CHRISTIAN 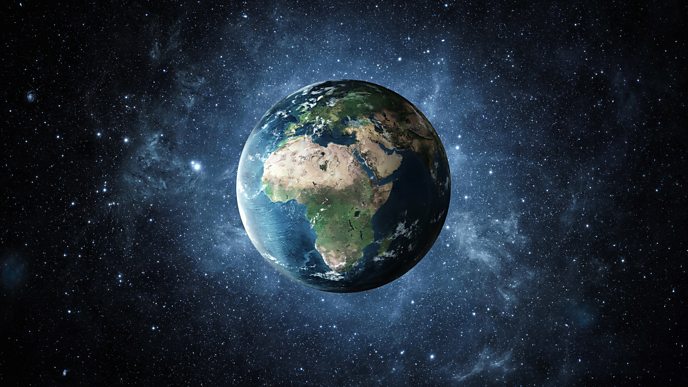 We say something or we write something, and we hope we’re understood. Figuring out what something means is half the battle when it comes to what we say and write. This is true in our faith and it’s true at many places of work. For example, when you hear or read, “join our fast-paced company” what it really means is “We have no time to train you.” “Casual work atmosphere” really means we don’t pay enough to be able to expect you to dress up. “Some overtime required” means some time each night and some time each weekend. And when you come across, “Duties will vary” translate that into “Anyone in the office can boss you around.”

So, this morning and next Sunday, I’m interested in talking about what I consider to be the two most fundamental truths in scripture and Christian faith and what they mean. There are a couple of bottom-line basic, super fundamental keys to Christian faith, or rather, Judeo-Christian faith that are cornerstones on which everything else is built. The first one deals with the fundamental fact of our creation and what the Bible tells us about it and the second one, which we’ll get to next Sunday, looks at the human quest to be good and to do good.

The proclamation that all created stuff is good is one half of probably the most fundamental truth of our shared Judeo-Christian faith. The second half comes from the second creation story: God made Adam out of the earth. When we put the two halves together it tells us that we belong to this good

stuff. We are earthlings, in other words. Or as one person said, we are mud-babies, which God proclaimed to be a very good thing.

We are human, earthlings, and that’s good. Not much but it packs a punch. What we are and who we are is declared good and blessed by God. Our Bible proclaims loudly and proudly that the earth and all those from it, made by it, are good.

From this fundamental biblical truth, a direct line can be traced to the Christian belief in the resurrection of the body. Christian faith continues the very first profession of God’s relationship to creation, to matter, to the earth, to our bodies, by saying death doesn’t overrule God’s love of all this earthy stuff, and that includes our bodies. The connection and consistency of the fundamental truth that God created all things good, including us as physically, humanly, bodily, continues beyond death, in our belief in a bodily resurrection. God’s initial creation cannot be wiped out, even by death.

The very first two stories of the Bible is the starting point that is maintained all the way through and right to our Bible’s end. You may or may not know this but Revelation doesn’t really talk about heaven, at least not how we think of it. Did you catch that in what was read this morning? Revelation says a new heaven and a new earth, that is, a second earth and heaven, will replace the first one. In other words, God will recreate this creation right here but in a future time. How important is the idea that God created all things good? So important that no book in the Bible, no author, no scriptural expression or profession of our faith, is willing to overturn it by creating a perfect heaven outside of and opposite to this creation. If there is going to be anything recreated, it’s going to be just like what God did the first time only better in some ways. No author in scripture is willing to say God got it wrong the first time.

We shouldn’t either by how we live. What happens here and now matters. If our bodies are important and are good, then our lives most certainly are. Believe in what God created you for.

John Stephen Akhwari was the marathon runner from Tanzania who fell at the halfway point during the 26-mile race in the 1968 Mexico City games when other runners were jockeying for position. Despite dislocating his knee and injuring his shoulder, he continued to run and finished last. Completing the race in a nearly empty stadium after sunset, Akhwari responded to a question about why he ran all by himself when he knew he wasn’t going to win and would only come in last. He said, “My country did

not send me 5,000 miles to start the race; they sent me 5,000 miles to finish the race.” Dislocated knee—how do you even run with that—and injured shoulder, but he kept on until he finished the race! Talk about tough. More than that, talk about someone who comprehended that on earth among us earthlings, much isn’t going to be perfect, and the call is still to finish the race, do the work, be the one, keep with the team, lift your heart.

The problem isn’t that things are imperfect. The problem occurs when we think the path needs to lead around those potholes. Nope—it leads through them many times. Put into your calculation things not going exactly how you want them. See how being a bit jumbled isn’t so wrong—and that includes others being jumbled. Accept weakness, accept tiredness, realize things aren’t always decided by what we want. Instead, decide things by how others mean to you, and how much you mean to them. Build up others. Let someone be the one who lifts you, as well. That’s the stuff that life is made of, with which we are made of.

The well-known Buddhist monk, Thich Nhat Hanb (pronounced Tik N’yat Hawn) once wrote, “The miracle is not to walk on water but on the earth.” He meant the miracle, the hard part, the part we don’t do easily, is to live who and where you are, as God made you, and not trying to escape the earthliness of one’s life. I understand if someone thinks saying, “The miracle is not to walk on water but on the earth,” appears irreverent, as it seems to minimize one of Jesus’ miracles, but it doesn’t because it really refers only to us. It’s trying to point out too often we’re looking for a divine miracle of biblical proportions in our lives, some type of walking on water experience, or we’re looking for an escape hatch into something that seems to promise a greater, higher, better, amazing, stupendous life that we deserve and should have coming to us. Now I’m not against dreams and big hopes and thinking we’re pretty darn neat and special. I’m not at all saying we’re supposed to settle for a run of the mill, keep your head down survival mentality and existence. But there is something grand and beautiful and right on and helpful to hear when we look to live truly walking on the earth, the more human miracle of earthly proportions, of living in our skin, accepting our humanity, and others’.

We think earth gets in our way, in the way of whatever it is we’re still seeking and hoping to find. But that’s unhelpful and counter to the Bible and its teachings. It’s not true that if we could just cancel out what we don’t like or want, then we could be free. It doesn’t work that way because that’s not

the way things are. Genesis 1 and 2 tries to teach us this. We’re earthlings and our delights and our dangers are tied to our very earthly, very physical, very human existence. Let me put it this way: There ain’t nobody leaving planet earth without being every bit as human on the last day as she or he was on the first. Don’t deny your birthright. Forget other theories on what life is and isn’t. We’re mud babies with God’s spirit mixed in!

Dashrath Manji was an Indian man in Gehlaur village. He worked in coal mines while his wife met him every day, and brought him a nice meal where he worked. As it turned out, his wife got sick and died because the nearest medical facility was in a town 34 miles away. Because of this, Manji vowed that he would pave a way through the mountains to help his village be more accessible to medical help. In 1960, he started. He carved a 110-mile-long path with just the use of a hammer and a chisel. Dashrath Manji finished 22 years later in 1982.

The birth, life, work, death, and resurrection of Jesus Christ proclaims the same thing time and again. To see our faith as professing anything other than God’s love for us in our flesh, our humanity with our faults, even in our sin, is to miss the entire point of God’s gift of our Lord and Savior. Christ doesn’t fix us by getting rid of our humanity. One might even go so far as to say that Christ’s glorious divinity rested on his supreme humanity.

We’re saved and fixed by claiming it fully, by becoming fully human. Christ’s divinity may be super important but it’s equal to Christ’s humanity. There’s no denial in Jesus of what we live and who we are and where we are.

When someone asks me where I want to be in my life, I have to admit I haven’t always given the best answer because sometimes things are overwhelming. We can all think of another place or a different rendition or ourselves or another universe in the multiverse in which everything is perfect, and that is how it should be. But I believe the best answer, the healthiest answer, the most spiritual answer, the most faithful and Christian answer to the question where I want to be in life is: Here. Here, since this is where I am. Here, since all of this is a gift. Other answers tend to emphasize misgivings or unworthiness much more than gratitude and connection.

Only when we claim our God-created humanity, in all its truth of being made from good but finite and imperfect stuff, will we be able to live the

Christian faith that Christ taught, that he lived and he died for. I’m going to connect to the idea that neither I nor anyone else is going to be perfect. I’m going to accept I’m always going to be merely but wonderfully human. And I’m going to hold tightly the idea I’m loved here, now, as I am with all my imperfections, mistakes, faults, sin, and weaknesses. I hope you do, too.