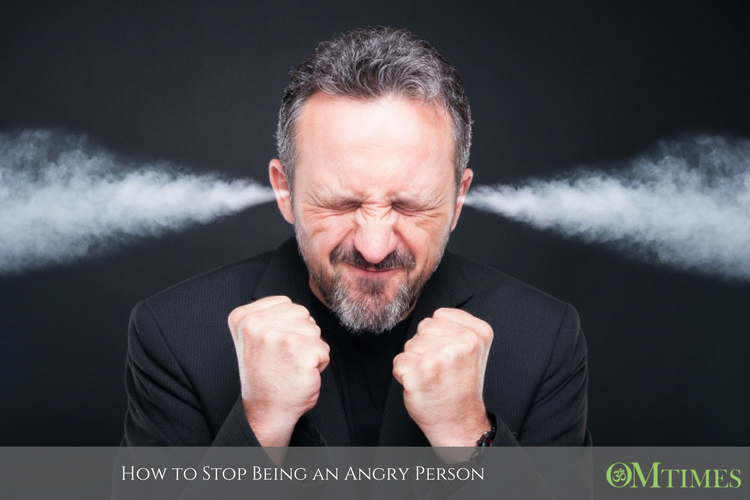 There’s no doubt we all get angry. Some more than others and some times more than at other times, like when after spending three and a half hours enduring the long lines, surly clerks, and line changing at the Department of Motor Vehicles, a man stopped at a toy store to pick up a gift for his son. He brought his selection, a baseball bat, to the cash register. “Cash or charge?” the clerk asked. “Cash,” he snapped. Then, apologizing for his rudeness, he explained, “I’ve just spent the whole afternoon at the DMV.” “Oh, so, shall I giftwrap the bat?” the clerk asked sweetly. “Or are you going back there?”

For some people it takes a lot to get angry; for others, the wind blows the wrong way and they’re upset about it. This isn’t good. Proverbs 29:22 says, “An angry person stirs up dissension, and a hot-tempered one commits many sins.” We don’t want to be that way, of course.

Now we know anger is as natural as happiness, sadness, even hunger and tiredness. We also understand anger can propel people to do something that takes a lot of effort. There are times we should be upset when things are unfair and unjust. Anger can activate us to do something about it. But that’s as far as you can go with its positives. The rest isn’t complimentary. Scripture says, “A foolish person gives full vent to his anger, but a wise one keeps herself under control.”

Anger expresses the insurmountable fact that reality doesn’t match expectations. We get angry when someone doesn’t meet our expectations. That’s not to say they are the ones who cause us to get angry. That’s us. They’re simply the stimulus that we react to from that anger place we know all too well or we don’t know well enough yet—in the sense of not realizing how damaging it is or not understanding that you are angrier than you let on. Either way, anger is an emotion that is ours and it’s there and it’s real.

Our scripture reading tells us we’re supposed to be producing righteousness with our lives. God has asked us to be those who do this. The Lord needs those who can establish and maintain a better way of relating and connecting and accomplishing and transforming and informing. We are supposed to be those. Now I know that sounds like a tall order, but James’s point is a more basic one. In our verses, he’s not as interested in us producing righteousness as much as he is interested in us not producing the opposite.

You see, James is sure of one thing—anger doesn’t produce good things. He doesn’t say anything else about what produces God’s righteousness because the issue right now is what doesn’t! He knows for sure that when we turn things upside down by lashing out and getting impatient and knocking down other people, then God’s righteousness can’t be coming next. Since he’s sure of this, he makes this strong comment against the damaging effects of anger, or rather, of over-anger.

What I mean by over-anger is too much anger, when it starts to flow over the cup. Now while James says anger is the problem, it’s clearly possible to be angry as in upset but not bring about negatives we associate with it. The truth is we need to tame our mind, not inflame it. When we get angry, resist blaming others for what you do. We need to take responsibility for our reactions. Instead, be the blessing you want to receive. Be the forbearance you believe in. Be the calmness you know is right. Bring peace to a situation that’s begging for it. Instead of a harsh reply, be someone who responds with a soft answer. This is how we produce God’s righteousness wherever we go.

Then I saw the second car had turned his left turn signal on, so I stopped where I was. I still doubted it was turning left onto the street I was coming from, but I stopped anyway to be safe. It kept going straight and I pulled out behind it and turned left on to that road. So, about a half mile down that road, I went into the right turning lane, a car drove up next to me with its right passenger window down. The passenger was sitting with her head glued to the headrest, while the angry driver yelled out at me, “Why are you using your brakes?!” I can only guess he was behind me when I had stopped to make sure the car didn’t make a left turn and run into me. A minute later, down the road, he kept his anger going until he could confront me about it because I didn’t fulfill his expectation of how to drive right.

I didn’t say anything to him and let him go on his way. To be honest, he made me glad I wasn’t like that. I can’t imagine getting that angry about something as trivial as that.

Getting angry is often the result of already feeling miserable. If that driver was a happy person, he wouldn’t let such a thing like what I did upset him. If he were a person who could see that life offers a wide variety of experiences and events, and we can’t control nor should we control everyone, he wouldn’t have been so bent out of shape about having that experience. We can’t be happy if we rely on meaningless expectations of others. Let go of so many of your expectations. Stop putting others in a box of your own making. You can’t control others’ actions or words.

There is both a pride and privilege to anger that we ought to reject. The pride of anger arises from the sense of disrespect you believe you experienced. You weren’t taken into consideration enough for who you are. The privilege of anger is based on the sense “because I can.” Because I can with impunity get mad and say something or do something I will. When we have much to lose, we bite our tongues. When we aren’t the one who has the power or authority, we accept more disrespect or lack of consideration for our feelings and wants. When we have the authority, when people listen to us, when those around us or the society moves and does our will, then we can grow in anger, resentment, and determination to get our way at any cost—and people do.

When we feel that we have been disrespected, even if it isn’t true, because others want what we already have or want what’s fair and just, but we don’t want to share or accept equality with them, then if we have the privilege to demand that such a thing mustn’t happen, even if all it means is others get what we have always had and continue to have, many, too many people will demand that others not have what we count on as ours, because they can.

The pride in anger and the privilege that entitles some to get angry, stay angry, and to act out of anger is a fire that burns, as James said in the same letter from which we read. He wrote the “tongue,” speech, is like a wildfire burning out of control. “How great a forest is set ablaze by a small fire! And the tongue is a fire.” Words matter. Anger matters. Together, the pride and privilege of anger and the fire of words change worlds; they change societies, nations, and destinies, not for the better so often.

Samson was one of those guys who could never let go of his anger. It ruled his life. He always had to get back at someone for what they did to him. By the time he had come to the end, he had been blinded and was chained between two columns that supported the building in which his enemies were feasting in his shackled and humiliated presence. Samson was truly one who lived by the sword and died by the sword, who lived by his rage and died by it. His last prayer was that he would have enough of his strength left to push out the columns so the building would collapse on his enemies, killing them. The building, he knew, would collapse on him as well. This is how Samson died, under the weight of his anger and choices.

When we get angry, we tie ourselves to the one at whom we’re angry. We’re not free in the least. Don’t chain yourself to strife. Tie yourself to peace and joy instead. Let your strength be in your capacity to see the good, to empower the right, to envision the best.

We want to be those who look at others and pull out the good things they’re doing. When you bless others, telling them how they’re doing good things, empowering others to rise to a better person, you can’t help but empower your own feelings of worth and importance. Find what’s going right in the world. Point out someone else doing well. God is doing great things through these people.

So, what is an option to getting over-angry. There is a quick process you might go through; five things. First, Acknowledge you’re angry; figure out that it’s that angry place wanting to make a statement. Acknowledging what’s happening gives us a second to pause and become aware. Second, Normalize it. Reduce your reaction to something that happens but doesn’t have to take over. It’s OK to a certain extent to be angry; just don’t let it be the one and only response. Third, remember your Goals in relation to the person, or yourself; remember that you have a more important interest in them than to vent your frustration on them, for example. Caring for someone else produces a lot more of God’s righteousness than yelling at them. Fourth, find out the Expectations that are guiding your angry reaction at this point. Your expectations are probably unrealistic and not helpful. Finally, Respond now, after you have gone through the first four steps. If you do all five, you will have spelled the word ANGER but not let it run your life and rule your reactions: Acknowledge, Normalize, Goal-oriented, Expectations and Respond.

A master asked his disciples, “Why do we shout in anger? Why do people shout at each other when they’re upset?” The disciples thought for a while, and one of them said, “We shout because we lose our calm.” The master asked in reply, “But, why shout when the other person is right next to you? Isn’t it possible to speak to him or her with a soft voice?” The disciples gave him some other answers, but none satisfied. Finally, he explained. “When two people are angry at each other, their hearts become distanced. To cover that distance, they must shout to be able to hear each other. The angrier they are, the stronger they will have to shout to hear each other through that great distance.” Then the master asked, “What happens when two people fall in love? They don’t shout at each other but talk softly. Why? Because their hearts are very close. The distance between them is very small.”

We’re much closer than we think, even when it appears we aren’t.

Be the kindness you believe in. Be the calmness you know is right. Bring peace to a situation that’s begging for it. Instead of a harsh reply, be someone who responds with a soft answer. This is how we produce God’s righteousness wherever we go.