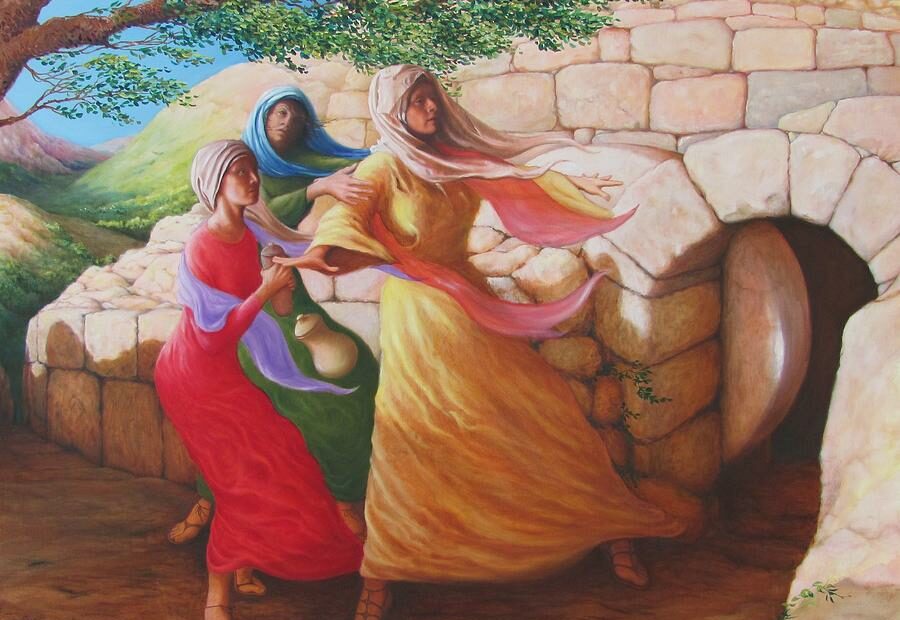 A woman had been exposed to strep so went to the doctor’s office to have her throat swabbed for a culture. She sat in the waiting room for quite a while with her legs crossed, reading a magazine while other patients came and went. Her turn was called, but when she stood up, she discovered her leg was “asleep.” Not wanting to keep the nurse waiting, she limped, staggering toward the door, even a light step on her sleeping foot sent needle-like shocks of pain into her foot. A couple watched her make that slow, painful process to the door. Ten minutes later, her procedure completed and her leg back to normal, she walked easily back into the waiting room. As she strode past the couple, she overheard one whisper to the other, “I TOLD you she’s a wonderful doctor!”

Legs are important. Whenever I see someone at a rehab facility, perhaps after they’ve been in the hospital for an extended stay, the number one issue is always their legs. Lying in a hospital bed saps the strength from your lower limbs. Doesn’t matter who you are. “If you want to get home,” I say to them, “You’ve got to have your legs. Work your legs so they’re strong again.”

You also need legs to live your faith.

If you take a close look at our Gospel reading you’ll see that Luke gives us a picture of three kinds of faith: Proactive, reactive, and non-existent. Ok, so the last one can’t really be called faith. Let’s start over. There are two kinds of faith here: proactive and reactive; and there appears to be one kind of lack of faith.

One of these is present in each of the three sets of people in Luke’s passage. The women exhibit tremendous, proactive faith. It’s still dark outside but they’re already moving. Even when there’s bad news, they keep faith. They don’t need a happy story for them to live it. Their faith is self-perpetuating, even when they feel empty; it’s divinely perpetuating, even if it seems like God may be absent. If you asked them how their legs were, they’d say, “Just fine, thank you very much. We’re on our way to Jesus’ tomb and nothing and nobody’s going to stop us.”

The other two groups are different. At first, there’s only one group—the men, the male disciples. They’re sitting inside, probably afraid to go out since their leader is a convicted and executed criminal according to the authorities. But I’m not sure because as soon as the women come back and

tell their story, Peter, clearly no longer afraid if he ever were, gets up starts racing to the tomb. He reacts to the good news positively, physically. He gets up off the couch and runs to the tomb, looking in to see that other than Jesus’ burial clothes, it’s empty. He checks it out for himself. His faith is reactive, but it’s alive. It has some legs, though it doesn’t work as well as and certainly not on its own like the three women’s. Compared to the other men however he looks like an Olympic sprinter. They won’t move. They sit there, watching TV or what have you, doing nothing, giving nothing, gaining nothing.

I can’t help but hear in the line, “But these words seemed to them (the other men) an idle tale” a prejudicial statement against women. We can picture those guys, sitting around, hearing the three come back out of breath and excitedly tell their story, and rejecting the women out of hand—not because of the story itself as much as because it was women telling the story. Sad but true. Men dismissing women happens all the time. Contrast how you might listen to a woman tell you something as to how you listen when a man says something. Be aware of how you hear it differently, the way you might unconsciously reduce its importance, maybe cut her off when you wouldn’t if a man was talking. The stage for a man to speak and be heard is often much broader than for a woman. It’s as if there is only so much space and we enlarge it for one and curtail it for the other.

If I were a woman, I can imagine, and only imagine, since I am a man and I get this very broad platform to express myself and speak to you, that the diminished patience, attention, and valuing of what I would say, that is, what women experience continually, would make me want to scream, “Listen to me! I’m not less than that guy talking!” A man’s perspective is just that—a perspective. A woman’s view is as valid. It’s no less valuable and important. We’re still wrestling with this even though we all know it’s true and this truth should be completely normalized.

Unlike the others, Peter overcomes a dismissive view of women and judges for himself whether what they say is true. He gets up, gets out the door, engages, and because of this, he gets to see that the tomb is empty and Jesus’ burial clothes lying there. He gets that reward. He gets to be amazed and to hope. He gets to have his heart inspired and feel joy running through him again. He gets to start being transformed by God’s grace and goodness. He gets all this because why? He didn’t dismiss female experience. St. Peter is the saint for men supporting the equality of women. He is Christianity’s

first male feminist, according to Luke, who clearly didn’t think women were second class citizens at a time when the prevailing culture did.

Do you know what this means then? It means from the day the Gospel according to Luke was written the Christian faith has struggled on the side of those who were shut out. Arguably, the most important story in Luke, his account of Jesus’ resurrection, has as its heart the issue of discrimination against women, the denying them their God-given voice and witness, equal to men. Woven into Christ’s resurrection story is the struggle for being heard, not being dismissed, rendered non-existent, unimportant, or less than. Luke’s resurrection is of course then the story of the raising up of all humanity.

Since Luke’s Gospel, and Matthew’s as well, I would argue, Christianity has sought to include the excluded, to show how those who are denied full status, respect, personhood, and humanity are not less than those who are automatically seen as such. Luke wants to make clear that this world with its attendant wrongs and continual wounds must not be abandoned and dismissed as a side show. Faith in the risen Jesus means faith that raises all humanity and sits them at a table of equals, of inclusion, worth, dignity. Lack of faith, according to the Gospel, is what those people have who don’t believe in this, who hear women tell about Christ’s resurrection and hear an idle tale, who saw women back then and others today who fit the same mold as less than.

We don’t want such a worldly, mundane, issue to stand between us and Christ. We want Jesus’ resurrection to be miraculous. We want it to be otherworldly, a world to which we also belong, a world that doesn’t depend on what happens here and who we care about here. We take this story to be saying that we are free to leave this world behind and join the next since we will be like the women and Peter. But that’s not what is said here because what is clear is not everyone is like the women and Peter, and the difference is how you view women, or such people in one’s own day and age. You can’t get there from here if you don’t go through them.

Christian faith that sees Christ risen and receives its reward doesn’t come to everyone. There’s a precondition. To see angels, the empty tomb, and the risen Christ, to be a part of that world, that other heavenly world, the precondition is you can’t dismiss this earthly world and its problems, its wrongs, accepting them as the way it is or right, especially. Only those who have faith and live to turn outsiders into insiders, the less into the more, the

Do not dismiss God’s love for others, for all. Faith in the risen Lord means crucial things here and now. The eternal life starts within our earthly life. They aren’t separated by a gulf. They are united in Christ Jesus. Live the resurrected life. Find your Easter faith and make it your everyday life.

Can the Easter church say Amen?