NOT SO TRIVIAL PURSUIT 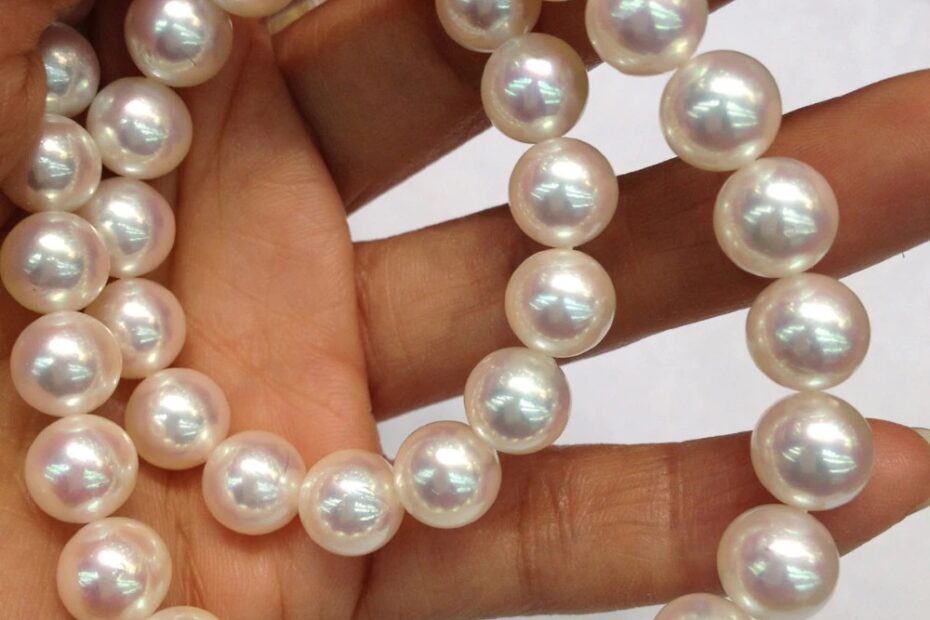 I did spring and summer study abroad semesters in Spain when I was in college. Winter/Spring was in Alicante and summer in Toledo. Maria Hope was the study abroad advisor at the University of Iowa. She kept that position for thirty years as it turned out. Working with my mom, she was the one who got me all set up to go to Alicante in 1986, and when I told my parents I wanted to stay longer, Maria was the one who worked to get me to Toledo for half the summer.

When I returned to Iowa that fall, I wanted to thank her, so I went to the ice cream and coffee shop across from her office, bought her a scoop of their delicious Java chocolate chunk ice cream, and brought it to her. I also remember going to the study abroad office later, probably for a get together with potential students to share our returning student stories. At some point, she and I debated the merits of waxed vs unwaxed dental floss in front of everyone present. I believe she won when she said unwaxed was better because waxed didn’t really work that well until some of the waxing was lost due to wear. Yeah, I remember that.

The smallest things can mean the most. We all know gorgeous hibiscus flowers. All that beauty, all those colors, and size and magnificence—and it only lasts how long? That’s right. One day. A mom across the street from us has two little boys. She’s tired a lot. They’re small and their requests are small, but they make them a lot. A little can mean a lot. Some day they won’t be so little and won’t need her so much, and she won’t be able to get those little boys back ever again. Being little can be much.

Our back yard is not really a backyard; it’s a courtyard with a small section of grass, an area of pavers, a hedge, and our neighbor’s house standing where our backyard should be. Haha. But I’ve planted a lot of plants in planters. There are caterpillars and butterflies, cardinals and blue jays, and yellow finches I think, hibiscus and bougainvillea, milkweed and desert roses, violets and golden dew drop, and a beautiful rose plant. It’s small back there but it’s nice; it’s not much but it’s pretty, calming.

Years ago, when I wanted to compliment someone or something, I used to say, “Not bad,” or “pretty good.” I didn’t say, “good job” instead of “not bad.” I didn’t say, “Great job” instead of “pretty good.” I qualified the compliment. I didn’t give a full-throated positive endorsement even when I meant and felt it. I call it a Midwesternism. We didn’t want to be too positive or forthcoming in telling someone they’re good or special in the Midwest. The best we did was a not bad or pretty good. I got rid of that a while ago.  Just a little change and how different it sounds when you tell someone, “That’s really good,” rather than “Not bad.” It’s a little thing isn’t it, but it’s something, isn’t it?

How small our lives are. I don’t mean trifling or petty. If we were to put the big stuff, the good stuff, the epic stuff into containers, each into its own container, the majority would fit into a jewelry box, not even a shoe or a mailbox. We could walk around with what we said to someone that made a difference, or we stopped ourselves from saying and that was the right thing not to do in our front pocket because that’s where it would fit. That’s because big isn’t as big as we think and because small is more than we normally perceive.

I can tell you about a big moment that wouldn’t fit into a jewelry box, however. Or perhaps it would. I’ll let you decide if it does or doesn’t. When I was in my late teens, I saved two kids from drowning, probably from drowning that is, a sister and a brother, in Lake Michigan. You think that’s big, huge even. But listen. I was walking back toward shore in three- to four-foot-high water when two children with their heads down in the water went floating/swimming by me and in among a bunch of other people, heading out toward deeper water. I remember thinking “That’s interesting” and wondering how good of swimmers they were. I took a couple more steps toward shore and that’s when I saw a woman, panic-stricken, pacing the shoreline about thirty feet from me, looking out into the water, yelling something I couldn’t hear because it was so noisy. I realized immediately what the situation was, turned back, took three quick steps, and brought both of her children to the surface, and carried them to shore. All three were crying when I gave them to their mom. She was too shocked, frightened, and overwhelmed to say anything to me.

To me it was very little. Obviously, I was glad I recognized the situation for what it was, but I just had to turn around, take two six-year-old kids by their torsos, lift them out of the water, and carry them to their mom. Almost nothing. But for them, it was the world, everything. So, which one? Jewelry box or jumbo suitcase? Both, right?

But this is more than about how my little effort made a big difference to someone else, as yours have I’m sure at some points. This is about how it always is. Ice cream, dental floss, hibiscus flower, whatever it might be. Barely a thing said or done, or something lasts for so little, but still, it carries much more in it than its size or length of stay suggests. How easy it is not to notice. How fooled we all can be. If we don’t notice them, how much we lose.

What we think are grains of sand in the hourglass of our lives are more like pearls strung on a necklace that make up the bejeweled life we lead. See them from one angle, moment after moment, person and thing, words and activities are just sand grains, strewn haphazardly, indiscriminate, signifying little. See them, press them to sit however under the weighty truth that the small life is a full life, they become pearls, pearl after pearl strung in unbroken line stretching from beginning to end, birth to death, the clasp itself held in God’s hand, by him closed and encircled, full and completed at the last.

Don’t be deceived by the look of a grain. Awaken to the pearl shining before you. Treasure what too often is wastefully cast away. Do the small things. Love in all the small ways. Treasure the words, and kindnesses you get to share and receive. Make of all those grains of sand a great treasure store in the Lord’s hand and care.

If I had to guess, I’d guess Jesus wasn’t good at small talk, not naturally. Can’t really blame him, can you? He had too many important things on his mind. But he overcame this by being so aware of others and the moment. But we ought to be good at small talk.

Don’t take your life to be bigger or elsewhere or more important than the size of small talk between strangers, friends, or family. It’s true, you’ve heard that, or she’s said that, or he’s told you that many times before. Yep, the weather is the weather and you’re discussing it again. Those pictures you’ve seen many times; that topic has been broached from every angle. So what? Yes, maybe there is something else, something more important you want to talk about, but you can get there in time. But you know what, maybe you won’t. Small talk, repeated small talk even, isn’t fake or beneath one. It might not be the largest pearl, but it’s not a grating piece of sand we may wrongly take it as.

When Mary came to Jesus, according to John, and told him something had gone wrong at this wedding, he didn’t see this as something on the scale of a blind man coming to receive his sight. It was a small thing, not even a thing, when you look at it in terms of God’s kingdom. Poor planning on your part doesn’t constitute an emergency on my part, as we say. For the wine to run out in mid-party would be a great embarrassment and people might talk about it for years to come. “Remember the Cohen wedding, when the wine ran out? What a disaster.” For the family, this would have been a social faux pas, even highly embarrassing. But for Jesus, the guest with bigger things on his mind, it was someone else’s concern.

Honestly, Jesus’ response to his mother seems rather harsh. “Woman, what concerns is this of ours? My time has not yet come.” It’s not our problem, and besides, this is not the time for me to act. The truth is John makes Jesus out to be a bit annoyed at his dear Jewish mom.

This is one of the most unusual moments in the gospels. Apparently, Jesus changed his mind. He was always so sure of himself and knew what he was doing, but in this one and only situation, involving his mom, he did an about face. I’ve got to tell you, I think it’s funny in the sense that watching a grown man realize he’s still just a kid and acts a bit like a teenager who first said, “No,” but ended up doing “Yes,” for his mother is funny.

Despite whatever misgivings he may have had, Jesus does something. There were six very large stone jars used to hold water for Jewish purification rites. Jesus told the servants to fill them and then draw some out and give it to the chief steward, basically the head waiter. Water no longer, it’s become wine, and gloriously delicious wine at that.

Jesus’ first miracle, or sign, as John calls it, is not some big, splashy, pyrotechnic kind of event. He didn’t raise someone from the dead nor is it a public healing. Mary, servants, and Jesus’ disciples are the only ones in on it. The bride and groom don’t know, the guests don’t know, the chief steward who discovers that the good wine has been saved for later doesn’t know. The miracle is not for public consumption. It’s small and it stays small in many ways.

But it didn’t stay only small, not in the way that mattered most to John at least. You can imagine if you were to write a Gospel like Matthew, Mark, Luke, and John that the first story, the first miracle, would need to be like an introduction to everything else. It’d be the front door through which the reader would enter the rest of Christ’s life and ministry. It would point out something about the meaning of Jesus that the rest would continue and fill out. The first one wouldn’t be just any old miracle—it would be emblematic.

It’s like this for John. The rest of his gospel carries itself under the emblem of this miracle, when John proclaimed: Let Christ get involved in your life, and abundance will spring up. Offer the water of your life and receive wine in its place. Our lives run out, resources are depleted, unless we are renewed in Christ’s life. Life is richer, more abundant, fuller, better tasting when we stir Christ Jesus and let the Lord bless us.

May you see your life as the treasure it is. Let Christ enrich you.