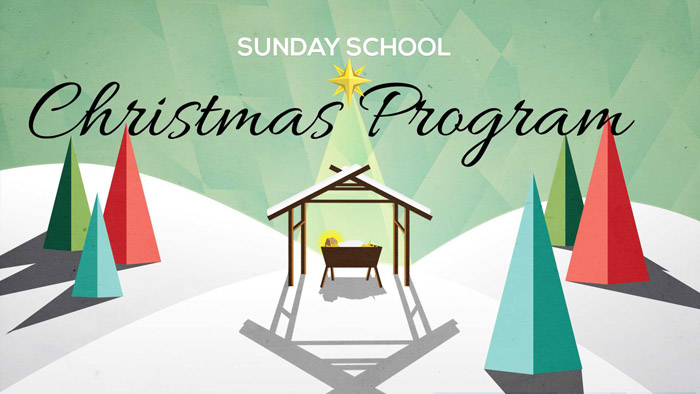 The third Sunday of Advent is traditionally known as Gaudete Sunday. Gaudete is Latin for “rejoice.” We moved it this year, however, to the fourth Sunday because, well, joy and children go hand in hand! I mean, especially at Christmas time. For example, children’s Christmas jokes are a hoot! What does Mrs. Claus say to Santa when there are clouds in the sky? It looks like rain, deer. What did one snowperson say to the other snowperson? Do you smell carrots? What do snowmen take when the sun gets too hot? A chill pill. And finally, Knock, knock. Who’s there? Donut. Donut who? Donut open this present until Christmas!

Our age can be called “The Entertainment Age.” Professional athletes, actors, and singers are paid millions of dollars to entertain and amuse. Kids and teenagers are inundated with entertainment possibilities because they have it in their hands all the time. Everybody loves a good a laugh but having to keep up with what’s trending makes amusing oneself too close to a job or a social directive. But I don’t want to gang up on a younger generation because Americans of all ages and generations seek to be amused. No matter what your age, the truth is being entertained isn’t the same as being joyful.

Being entertained is something you do for yourself. Being amused is a gift you open; it’s us rewarding us. But that’s not how it is with joy. In some ways, it’s the exact opposite. Being joyful means you meant something to someone else. Joy comes from being generous. Being generous means you mean something to more than just yourself. Joy derives from generosity, from doing something good for another.

If you don’t believe me, ask yourself if you would consider someone who isn’t generous to be a joyful person? They may be a lot of things, but they’re not joyful. She may be wealthy; he may be satisfied; she may be smart, or on top of things; he may be a hard-worker and resourceful. They may have a good time, quite often. But joy isn’t what they have. That will escape them.

The author who wrote the Narnia tales, C.S. Lewis said joy is the serious business of heaven. He meant it’s a matter of real importance where God is concerned because the Lord wants us to feel joy. Finding joy is something in our power to attain, at least when it’s the result of what we do and don’t do. Listen to what someone said, not about joy explicitly but nevertheless about joy perfectly. “We can decide to live in response to the

abundance of God, and not under the dictatorship of our own poor needs. We can decide to live in the environment of a living God and not our own dying selves. We can decide to center ourselves in the God who generously gives and not in our own egos which greedily grab.” Living abundantly and generously is the secret recipe for being joyful.

Perhaps I’m just lucky because I hear about a lot of good things going on. This church is full of good people doing good things and others benefiting. It’s a joyful place. I also hear from our children about their friends and how much they do for each other and how much they like each other, and it makes me happy that teenagers today, at least the ones I know, know how to be generous with their time, compliments, and words toward each other. They’re generous and therefore they’re holding on to joy, even as so much crazy stuff is occurring, mostly because of adults not being generous and joyful.

The prophets looked forward to the day of the Lord’s coming as a time of great joy. Even Zephaniah, who has been called the most despondent of the prophets, kept the last word for joy in his book—joy over the Lord’s presence, joy over renewal and restoration, and joy over coming home. While much of the first part of Isaiah speaks of doom and gloom, the second portions look forward to the Lord’s coming as a time for shouting joyfully, “Surely God is my salvation,” he wrote.

It’s believed the Apostle Paul was under house arrest when he wrote the words we heard from his letter to the Philippians. Still, Paul could say, “Rejoice!” One might wonder what he had to rejoice about in that situation. Well, Paul rejoiced because he looked forward to the Lord’s coming, but he also rejoiced because the Lord is always near. Paul seemed to have experienced the Lord’s constant presence in his imprisonment, carrying the joy of Advent with him wherever he went, even in a Roman jail.

Each of them were amazing in that they saw clearly what was around them, and still held onto joy. In fact, right after Paul said to rejoice in all things, he said, “Do not be anxious about anything….” Being in prison tends to make one anxious.

It’s hard to be joyful when we worry about so much. It’s not possible to live in an hourglass of grains of worry falling on you yet somehow turn and find yourself joyful. We’re blinded by anxiety because we’re not seeing correctly. We’re deaf to God’s message of joy because we won’t hear the songs of glad tidings. We’re mute to speaking our happiness because we’re

not training our mind with words of gratification. We’re unsatisfied because we’re not satiated.

Learn to be satisfied. Find your way to gratitude. Train your mind to speak of the joy of believing. Listen and hear music of glad tidings. Make yourself generous. Overthrow a stingy mindset, so you can rejoice.

Richard Stearns, the president of World Vision, reflected on his visit to a church in Port-au-Prince, Haiti nearly a year after the devastating earthquake. The church’s building consisted of a tent made from white tarps and duct tape, pitched amid a sprawling camp for thousands of people still homeless from the earthquake.

This is how he describes the church and the lesson he learned in Haiti: “In the front row sat six amputees ranging in age from 6 to 60. They were clapping and smiling as they sang song after song and lifted their prayers to God. The worship was full of hope … [and] with thanksgiving to the Lord. No one was singing louder or praying more fervently than Demosi Louphine, a 32-year-old unemployed single mother of two. During the earthquake, a collapsed building crushed her right arm and left leg. After four days both limbs had to be amputated. She was leading the choir, leading prayers, standing on her prosthesis and lifting her one hand high in praise to God.

Following the service, I met Demosi’s two daughters, ages eight and ten. The three of them now live in a tent five feet tall and perhaps eight feet wide. Despite losing her job, her home, and two limbs, she is deeply grateful because God spared her life on January 12th last year. “He brought me back like Lazarus, giving me the gift of life,” says Demosi, who believes she survived the devastating quake for two reasons: to raise her girls and to serve her Lord for a few more years.

It makes no sense to me as an “entitled American” who grouses at the smallest inconveniences—a clogged drain or a slow wi-fi connection in my home. Yet here in this place, many people who had lost everything, expressed nothing but praise. I find my own sense of charity for people like Demosi inadequate. They have so much more to offer me than I to them. I feel pity and sadness for them, but it is they who might better pity me for the shallowness of my own walk with Christ.”

Joy arises from a generous spirit toward life, toward others, toward oneself, toward even God, or perhaps especially God.

But honestly, it’s not that easy for many to be generous like this, to be at ease, not to worry or be anxious—the things needed to be joyful. For

some, they find it hard to be comforted, to believe what comes next is for them and not against them. Being on guard steals joy’s possibility. We may sense that we are too serious, too downcast, overrun by “what ifs” that spin negative consequences and occurrences in our thoughts. Here’s the crazy thing: We’re good at giving in to this practice because we’re so well practiced at it. Our sense of ourself is often correct.

I think we hide too much. We don’t want to be found. We’re safe but we’re not glad. We’re unchallenged and not resourceful. We’re respectable and respectful while hesitant and halting.

So many are like middle schoolers who just want to quietly make their way down the hall and dart into class, invisible to anyone who might make trouble. Surviving this day, then the next until we’re out of middle school and then high school. Survival skills are fine, but they’re for emergencies, not for one’s life. The thing about being joyful is that it can only happen when we’ve gone beyond surviving and we’re into thriving.

We need to stop cutting corners on ourselves. Take on the full you. Making life beautiful for others is a surefire way of finding one’s joy! Stop hiding from yourself, others, and God. Take the path to joy. Become the generous person the Lord knows you are.

How greedy, angry, hard-hearted, foolish, unwise, short-sighted, and wrong-headed so many adults are today! How large, hopeful, hard-working, and resilient kids and teenagers remain in the face of headwinds not of their own making. What’s happening today is serious. Each citizen ought to take note of what direction our country is heading and what continues to happen to the earth’s climate. Do not be fooled. Face up to the real and present danger to our country and world.