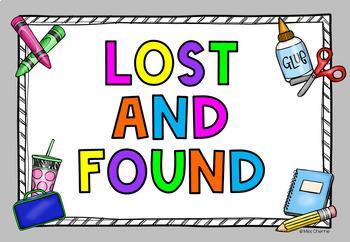 Years ago, there was toxic waste that needed to be discarded, but nobody knew what to do with it. They never had to get rid of something this dangerous. After study, a company built big metal containers like you see on a ship and put the toxic waste in them. They went to great lengths to make sure it was sealed tightly and wouldn’t get out. Then they buried them deep in the ground. They were relieved they finally were rid of it. Forty years later, the containers started leaking, contaminating soil, water, air. People had to move away. The waste was too toxic to bury.

We don’t want to believe we’ve still got a thing for someone in our past, but we do. It’s not love I’m talking about. Some people and our attitude toward them only cool off some. But until we find a way to love them even for their errors, forgive them even for their pain, understand them even when they didn’t understand or consider you, we’re only shifting and turning the hot potato still lodged in our chest and memory.

The poison will not just contaminate you, your attitude, your own life, but it will affect the people around you. Best thing you can do is to get that toxic waste out of you and let it go. Give it to God. “God, I forgive them for what they did, I let go of the hurts. What I lost, what I didn’t get.” When we find another way, we give ourselves what we need more than what we lost.

That company never dreamed years later they would be dealing with the same problem, but this time it would be worse. If they would have disposed of it properly the first time, they wouldn’t have had their later problems, and others wouldn’t have suffered. When you bury negative feelings, they never die.

The good news is it’s not too late to do something about it. If only instead of digging up those barrels of contaminants we could change them into something else. If toxic waste could be transformed into something benign, that would solve the problem. We should do the same. Let go of the disappointment in someone else; after all, we would want them to do the same toward us. How about letting go of guilt—not because what you did wasn’t as bad as you think, though that may be true. I don’t know. But

because the penalty has been paid by you and by Christ. Let go of shame—you were young, you didn’t understand, you’re too hard on yourself, you’ve got the wrong idea of who’s responsible and accountable; it’s not you. We can have regret and remorse, but let them bring you wisdom and insight, compassion and care for yourself and others.

In our scripture this morning, Peter asked Jesus how often he should forgive someone that did him wrong. It’s funny, because Peter was known to be offensive. He’s the one that cursed the young lady out when Jesus was arrested, he cut off a soldier’s ear defending Jesus. He said, “Jesus, should I forgive them seven times”? The Jewish law said three times, he more than doubled it. He thought, “I’m growing, Jesus, I’ve come a long way”. Jesus said, “Peter, seven is good, but I want you to forgive them 77 times”. Other translations take the Greek wording to say seventy times seven.

It wasn’t really about the number. Jesus gave a principle, the principle of continued forgiveness. He was saying, “I want you to live in a continual process of forgiveness. Not something you do occasionally, but daily forgiveness should be a part of our life”. He was setting a system in place, so we wouldn’t hold on to hurts, offenses, disappointments. He knew that practically every day we have these challenges. The truth is, the quicker you let things go the easier it is. But it’s more than this. The principle doesn’t refer only to quantity, but also quality. The number is so high that it speaks to the depth of the wrong, not just how many times someone gets wronged.

A friend of mine grew up in a single-parent home, at least starting at the age of eight years old. That was when his father walked out of his life. One day he just didn’t come home. He never came home again. As a boy he wanted to see his dad. It didn’t happen. When he was in his 30s, his father contacted him and said he would see his son. The man was so excited. It was a dream come true.

He flew to another city, knocked on the door, a lady answered and said, “I’m sorry your father has changed his mind. He’s not going to see you”. I thought he would be devastated. He said, “It didn’t really bother me. I had already prepared. If he wouldn’t see me, I was going to let it go and move on”. That is letting go 77 times all at one time. The thing is it never stopped him. He became a lawyer, married with four children. Very few he didn’t have an amazing childhood.

When you learn to let things go, disappointments won’t continue to stop you; unfair people, how you were raised, won’t keep you from moving

forward. Most importantly, the Lord can teach you new things and bring you new joy.

But I’ve met other people, I’m sure you have, that have been through things like my friend. They’re bitter, angry, chip on their shoulder, stuck in life. What’s the difference? They hold onto what they lost. They can’t find anything to replace it or find another way of living. They lose but they don’t find.

When you bury negative emotions, they never die. We can’t bottle up the anger, the hurt, the betrayal and think that’s not going to affect us. “Well, I can’t forgive them. You don’t know what they did. I can’t let it go, they hurt me too badly”. We would probably all agree and know it feels very different from where you feel. But that “truth” is contaminating your life. You’ve got a whole bunch of negative, of loss, but where’s the positive, where’s the gain?

We gain when we decide to lose what we’ve already lost. I know it sounds strange. But if we lost it, then let it go as best as you can. Then find what you didn’t know could be found. We can find a new heart and even a new person.

How much time do we want to spend offended, bitter, holding a grudge? Being great at being offended is not a talent to cultivate or even keep. Half the time we’re probably not even understanding the other person, or she didn’t mean it that way, or didn’t know it was not the right thing to say. Even if the person did it on purpose, do we really want someone else living “rent free” in our heart and mind? That’s how it’s said today. After someone “burns” someone else and the person gets mad, the offender will say to the offended, “How do you like me living rent free in your head!”

How much more could you accomplish if you’d start letting it go?

In the Bible, David excelled at this. As a teenager his father didn’t really believe in him. He looked down on him When the prophet Samuel came to his father’s house to choose one of the sons as the next king of Israel, his father didn’t call David in from the fields. He thought he was too small, too young, not that talented, didn’t give him a chance. It was only after Samuel didn’t choose one of the other seven sons, that David was called in.

David could have lived with the chip on his shoulder against his dad and brother. He felt the sting of rejection from his family. His brothers made fun of him. When David took lunch to his brothers out on the battlefield, his oldest brother, tried to belittle him in front of the soldiers. He said, “David,

what are you doing here? What did you do with those few sheep you’re supposed to be taken care of”? He was condescending, sarcastic. David could have been upset, offended, angry, but the scripture said, “David turned and walked away”. He knew the importance of letting things go.

The truth is his father wasn’t fair; it wasn’t right to leave him out in the fields. His brothers were demeaning, belittling. But you can’t make people do what’s right. Let it go and move forward into your day, your future, what God has in store for you. You don’t need their approval. The Lord keeps good things for those who want them more than they want to get back at others.

I heard a story about an eagle: it swooped down and picked up a mole off the ground, grabbed it with its talons, and it held it close to its chest. This was unusual because an eagle wouldn’t normally pick up a mole since they eat fish. As the eagle was flying, holding this mole so close, it began to get tired, started getting weaker, flew lower and lower, and finally had to land. On the ground the eagle lost all its strength, fell over and died. The little mole scurried away unharmed. A veterinarian discovered that the mole had very subtly bit into the eagle’s chest. The eagle couldn’t feel it, but it punctured the eagle’s heart, killing it.

Are you holding on to something that you don’t realize is killing you: anger, bitterness, guilt, shame? That’s draining the life out of you, that’s taking your joy, your peace, your creativity. It’s not doing anything productive to think about something negative that was said about you, re-live how that person walked away, rehearse all the pain, go over all the sorrow. Rather, it’s going to keep you from healing. Let it go, that’s in the past. But more importantly, you’re more now than you were then. Stay that way. Don’t revert to some younger, less healed version of yourself. The Lord and you have done some good work together.

Let’s do like David and live not giving time or energy to being offended or bitter. Let’s be like Peter who grew into a forgiving and powerful witness for Christ’s ministry. Family member doesn’t believe in you, that’s unfortunate, but it’s not going to keep you from doing great things. Co-worker tries to make you look bad, embarrass you, most people would be upset, start a conflict, pay them back. But they’re not going to live rent free in your heart or mind. Put Christ there instead.