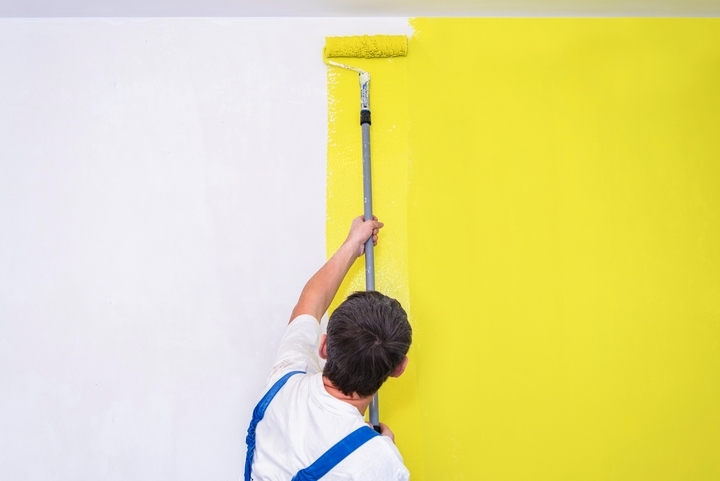 I remember typing a paper in seminary. It was about 30 pages or so, with footnotes and everything. It was when computers were coming out. I didn’t have my own, so I went to the computer room at the University of Chicago. The computer was so much better than a typewriter. But a computer has one big issue, and most of us have learned it several times: it’s possible to lose information. That paper took longer than I was hoping it would after I lost a couple of pages more than once. While it may not happen as often on newer computers, it still happens. You can lose your work. It’s enough to make you cry.

It’s not just computers, however. You spend an afternoon putting together some new toy you’ve bought. A bicycle, a gas grill, weight bench, baby bed. You’re about done when you realize you left out an important part and you can’t fix it without taking the entire thing apart. Maybe you spent hours baking a culinary masterpiece that comes out flat as a pancake. It’s like you worked for nothing.

Or worse than that, and more to the point: you invest your life, your blood and sweat and tears, and you wonder if all your effort has made any difference, if it’s really amounted to anything. You may feel as though you’ve labored in vain.

If you have ever felt that way, you’re in good company. Paul clearly has concerns that his life’s work may amount to little, expressing it most clearly to the troubling church in Galatia when he tells them, “I’m afraid I may have labored over you in vain.” Whether or not he’s just temporarily feeling a bit down about this as a possibility, for Paul the issue of what effect his life has shows up elsewhere. In his 1 Corinthians 15:58 he wrote on this theme, though this time however in a positive mood, “Therefore, my beloved sisters and brothers, be steadfast, immovable, always abounding in the work of the Lord, knowing that in the Lord your labor is not in vain.” His life’s work has stood the test of time.

We want to have made a difference, produced something. Who doesn’t want their life to have a consequence beyond just inhaling oxygen and exhaling CO2? Let’s mean something to others. Let’s reach beyond ourselves for good and for God, keeping faith that right makes might, and proves productive, according to God’s will.

If you’re a teacher or a social worker or a librarian or a counselor or a childcare worker or a police officer, you may never know the results of your efforts. Think of anyone who at the time you didn’t understand or perhaps value, but later on, you did. Yeah, it happens. Someone said, “My 4th grade teacher, seemed like she was the worst teacher ever. She was certainly the meanest. Nobody wanted Miss Lilly. But here’s the truth: In 3rd grade, I made a smattering of grades—some A’s and B’s, some C’s, D’s in writing. But in 4th grade with Miss Lilly, I made straight A’s. Miss Lilly scared me into being a good student. In eighth grade, you could still tell which students had Miss Lilly in 4th grade, because they were better in math. I’m not necessarily recommending her methods, which would get a teacher in trouble today, but she really made a difference for her students. I never told Miss Lilly that; I doubt that many students ever did. I wonder if she knew.”

You know, this goes for being a parent, too. I like what Harry S. Truman said. “My father was not a failure. After all, he was the father of a president of the United States.” It’s such a job to be a parent. It’s such an honor and privilege, and hard, disconcerting, destabilizing labor, such a joyful, pragmatic, unending, tiring, hopeful work. Don’t forget to go against your own forward momentum and your own understanding. Parenting is learning to trust more than we want to, love more than we know how, listen more than we have time for, and give more than we thought was possible.

It’s true, just ask the one who said, “I like my boy…and his utter inability to conceive why I should not leave all nonsense, business, and writing and come to tie up his toy horse….” Who wins the battle? As in, what a waste of time or what a gift. Good luck and may God be with you in your choosing.

When we read our scripture passage from Isaiah, our ears probably heard loudest the prophet’s honest but despairing cry: “I have labored in vain, I have spent my strength for nothing and vanity.” The fact is most everybody who has really tried to follow Jesus has known this feeling. If you’ve ever tried to teach a Sunday School class so that everybody gets the point and is excited about the Bible, or if you’ve ever tried to reach out to someone going through a hard time and help them, or if you’ve tried to live out your faith in the workplace and be a positive witness for others, or if you’ve tried to stand up for what you believe is right when it isn’t popular, or sought to influence those around you so they might live in a kinder and more

generous world, then deep down you have probably said with the prophet, “I have labored in vain, I have spent my strength for nothing and vanity.”

But don’t believe it. Doubt your doubts. Live up to your heart’s ideals. You won’t regret having done your best. Let your soul speak for you. Listen to God’s call to be someone who struggles for good. Strengthen your spirt with good works. What you do changes lives. Christ is alive through our good life. Live so the Lord lives.

The servant, as this passage comes from one of the Servant sections in Isaiah, has received a call from God. It says, he was called before he was born, meaning he was made for this job. His name was purposefully chosen to reflect his life’s work. He was trained and disciplined to become an expert at his position. God told him: “You are my servant, and you will make me look good.” The servant goes but falls flat on his face. The next line expresses complete disillusionment: “I’ve labored in vain,” it says. “I’ve spent my strength for nothing and vanity.” Nice guys finish last is a generalization but clearly there’s something to it. He’s not alone.

There was a pastor who tried to measure the effect of preaching on people’s racial attitudes. He designed a questionnaire intended to measure his congregation’s opinions on race. Then he preached a series of sermons which in some way attempted to apply the gospel to the issue of race in America. A very worthy undertaking. After the sermon series, he gave the same questionnaire. He found that his congregation was 2.5% more racist after the sermons than before! Ouch! Laboring in vain, apparently.

In our text, the servant cried out that his labor has been for nothing. But God saw things differently. The servant had been faithful. So, his lament in verse 4a leads immediately to an affirmation of God: “Yet surely my cause is with the Lord, and my reward with God.”

The amazing thing is that the servant’s apparent failure, the laboring in vain, in the end led to a promotion. Isaiah’s original call wasn’t big enough. “It is too light a thing,” God says, that Isaiah should serve by restoring the “survivors of Israel.” “I will give you as a light to the nations,” to all the peoples of the earth, says the Lord. What happened is the servant didn’t understand the full trajectory of what he had done and what would result from his labor and life. There was more to it than could meet his eyes. The servant was part of a revolution that God underwent, and Israel would experience.

God offers a correction of Israel’s self-understanding as a holy tribe living for itself. It was no longer to exist based in an Israel First perspective. God wanted more from and for Israel. It was given a fresh job, a new perspective, a restart. Israel’s purpose was not to stand apart from countries as an exemplar of holiness, but to engage nations, serve peoples, and make humanity better.

This is still true as Christ’s disciples. Don’t stop being a light. That position is never filled completely. Grow stronger in casting brighter beams. Let your light show the way to others.

We have a friend whose daughter was in a kind of rebellion. Her mom had a lot of anxiety about the trajectory of her life and after years of parenting, it really hurt. But in time it became apparent that the love and care she and her wife put into raising their daughter were not in vain.

We may sell ourselves short. What we may see as laboring in vain may be very valuable. It may be just the kind of work God needs. It may lead to a larger calling.

But, of course, what you have is yours and always will be. That’s wonderful. No matter where your field of labor is it’s yours to produce a full harvest today, tomorrow, and in the future. Your labor might be within your own family, your love that makes a difference, your patience, your kindness, your direction, your wisdom—they may bring up your children in the grace and favor of the Lord. You may be a great neighbor who brings light to someone who needs it. Your words may change a colleague. I know someone who helped someone decide whether or not to keep her baby. Labor in your vineyard and bring the good stuff.

Labor Day is around the corner, and few things affect us as much as our work. Some are looking ahead, thinking about how to use gifts and talents and abilities, dreaming about the kind of career possible. Some are happily working in an occupation, while others not so happily are counting the days until retirement. Others in retirement may look back on a career, with satisfaction; others look back with mixed feelings.

It’s not easy to gauge one’s life’s work, in whatever field we’re talking. Did I do good more often than bad? Did I reach my expectations more often than not? Were my expectations reasonable, too high or too low? Did what I did matter? This may go for our job and what we got paid for, but it also certainly goes toward our lives and how we spent our time and lives.

We are called to labor beyond what we’re paid for. We’re called to be Christ’s disciples, and because of this a certain kind of parent, friend, neighbor, caregiver, coach, community members, and even citizen. God calls us to something more, something greater, to a concern beyond our own narrow self-interest. Like Isaiah, we are called to be “A light to the nations.” Any work that creates and builds up and supports and helps and that in some way serves others and makes the world a better place is God’s work. Is like Isaiah’s work and call. Is the way of Christ still among us. Live so Christ may live.