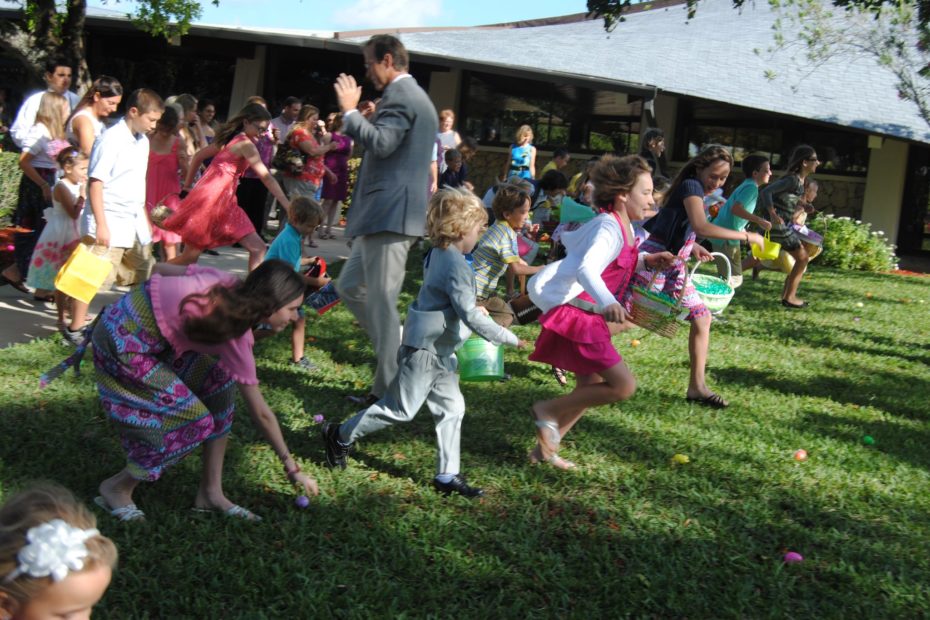 A non-Alaskan native was preaching in a little church in that state when an earthquake hit. “The earth heaved for a moment that seemed forever,” he wrote. “The little church shook. But the Alaskans sat there like it was another day at the office. Their only response was the woman who said, ‘How about that, the light fixtures didn’t fall this time.’” The pastor ended his sermon immediately. He was shaken by the earthquake, but also a bit shaken by those nonchalant Alaskans. Afterward, he asked the pastor, “What the heck would it take to get this congregation’s attention? I’d hate to have to preach to them every Sunday.”

Easter is like an earthquake. Only we’ve been through the routine so many times we may have become less shaken by it. But what it must have been like that first Easter morning! Jesus had entered Jerusalem to palm branches and shouts of hosanna. But it wasn’t long before he was throwing the money changers out of the temple, and it went downhill from there. After sharing the Passover meal with his disciples, Jesus was betrayed and arrested, put on trial, convicted, and punished with capital sentence of a merciless crucifixion. Five days before, Jesus was hailed as the great hope of the nation, but by Friday he was gone. His followers were stunned, numb with grief, scared for their lives.

As Matthew reports it, at dawn on the first day of the week, Mary Magdalene and the other Mary go to the tomb to remember, grieve, and appropriately take care of Jesus’ body. But they didn’t find what they expected. When they arrived, an earthquake shook the ground, an angel descended from heaven, and the stone blocking the tomb’s entrance got rolled back, which apparently made for an adequate seat. From that angelic perch, the holy messenger told the women, “Do not be afraid.” Either of him or the empty tomb, it isn’t clear, but Jesus is no longer there. He’s been raised from the dead!

The women react to the news that Jesus was alive with fear and joy. Fear and joy. Sand and surf. Spring and lilies. College and ramen noodles. They all go together. But fear and joy? As it turns out, however, we’re probably more acquainted with this than we consider at first glance.

For example, you’ve saved and saved, and are on the cusp of buying your own home. You make an offer, and it’s accepted. Then it hits you that

you have committed to paying an incredible sum of money over the next three decades. What was joy becomes intertwined with fear.

Holding your baby, you feel such incredible love, joy, and thankfulness. At the same time, there’s that overwhelming sense of awesome responsibility sitting on your shoulders. Or how about going to college: Crazy exciting for the new chapter without the parents around. Then again, you’re on your own for the first time. Both joy and fear. For parents, whose child has gone off to college, there is fear and joy as well. Joy mixed with fear isn’t uncommon.

As the fearing and joyful Mary’s ran to tell the others, suddenly, Jesus emerges, greets them, and lets them hold him for just a moment or two at his feet in awe. If the guards became like dead men, Mary and Mary, who had felt dead before, suddenly became fully alive. They’re shocked beyond shocked. The only word Matthew can say is they worshiped. The whole things has gone beyond words and language.

A prayer I often pray during a memorial service says, “Holy God, whose ways are not our ways and whose thoughts are not our thoughts.” Christ’s resurrection shouts from the rooftop that God’s ways are more than our ways. What’s at work and what’s happening we cannot always see. God’s ways at times are like earthquakes, and sometimes we need to be shaken for good.

The poet Mary Oliver wrote, “Keep some room in your heart for the unimaginable.” That’s good, but easier said than done. When we go to a restaurant, we ask for a menu or they hand you. Listed there are your choices. You can make some alterations but that’s the list, the guard rails, the limit of your possible experiences for your stay. The internet comes to us now most often as an algorithm of what we’ve shown we’re interested in. It’s us multiplied by us again and again. But God is no algorithm and doesn’t and won’t be described, or rather, prescribed, in a menu or any other kind of way. Nor do we want that either, at least not if we take a moment to think about it.

There was a gathering at a university where someone spoke on “The Resurrection of Jesus.” The talk was brilliant. All of the arguments against the resurrection – that Jesus hadn’t really died, that the disciples stole the body, that it was all either a hoax or a hallucination – all of these the speaker roundly refuted. Then he presented evidence in favor of the resurrection. The witness of the disciples and especially the women (nobody would invent the testimony of women in first-century Israel); the conversion of the persecutor

Saul into the apostle Paul; the birth of the church, believers willing to die for their faith – marshalling all this evidence, the speaker claimed to prove beyond all reasonable doubt that Jesus rose from the dead.

The audience was impressed, but somehow this all left the person who wrote about this experience kind of cold. The main reason the talk fell flat for her was that it was as if the speaker had it all figured out. He had all the answers for what came across as a kind of algebra problem, an academic game, and it made it sound as though the resurrection was easy, a gimme, as if it had to happen and made complete sense.

There’s no fear nor joy in such a rendering of an angelic earthquake, an unexpected empty tomb, and a resurrected Christ to be held and worshiped. This wasn’t a playbook or a menu. It was an explosion! We want more from God. More from our lives. More from our hearts. We look for something beyond what we can manipulate or turn into an equation or computer program.

Christ’s resurrection is the mystery of God come to earth, like a lightning strike, for a reality-shattering, death defeating, mind-bending, soul-expanding, and life-resurrecting moment. This resurrection encompasses and expresses God’s undying, unchanging love and power to transform anything and anyone, to forgive anyone for anything, to remake all things, to restore life to someone lifeless, to bring about victory when we know defeat. What God can do, how much God gives, all the possibilities, the mystery of God’s being and will and providence and care, are all brought out of the dark and into the light in Christ’s resurrection.

This light however isn’t a spotlight for one man on a stage or in that garden. It shines on you and your life—it floods into your life.What we’ve been given and what’s been taken, what we’ve gained and what we’ve lost, what we had but no longer have, with what you have and what you will never get, with what you’ve done and with what you regret you didn’t do—with all this, God unveils wonders, works redemption, mercy and forgiveness, brings about strength, brings about peace, grants new life, grants great goodness, gives joy upon joy.

How good God is to let us see even only as dimly as our faith can see it in Christ’s resurrection, the blessings of eternal life that we can experience now and share fully in the life to come of love unshaken, love unbound and everlasting for.

So, let the Lord shake you up for good. Let God open a better door to walk through and out of. Unbind yourself from what’s limiting your imagination and heart from seeing Gods’ love and power in your life. Rise up to a joy that’s mingled with fear and coupled with expectation and hope. Christ’s resurrection can empower your life, embolden your walk, renew your faith, encourage your love.