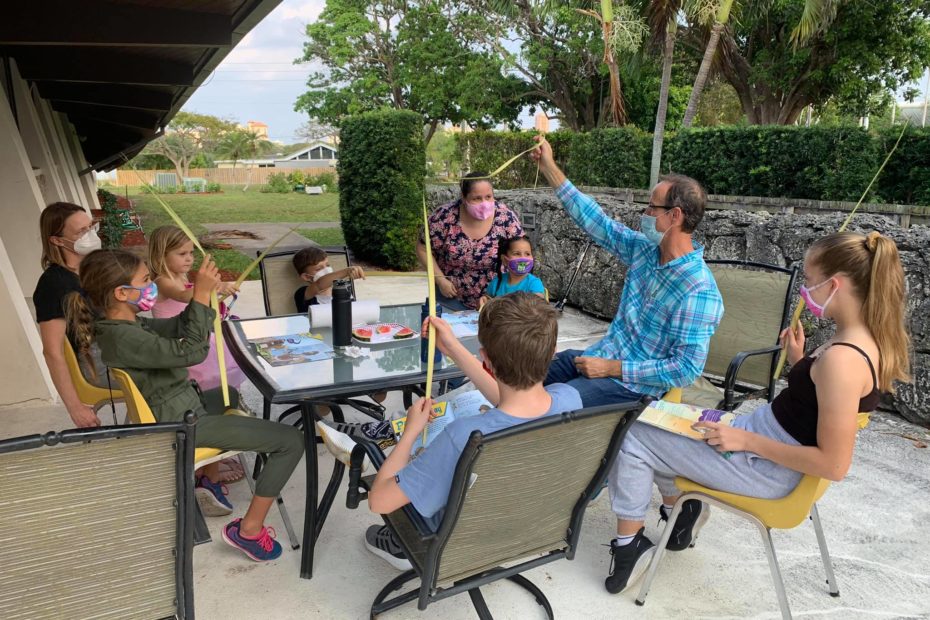 Palm Sunday gives emotional or spiritual whiplash. In the church year, which is not the same as the calendar year, since the church year starts with Advent, usually the Sunday after Thanksgiving, the Sunday before Easter is commemorated as both Palm and Passion Sunday. If you were to encompass both ends of this week in one sentence, Jesus entered Jerusalem to cheers and adulation, but by the end of the service, he was heading to the executioner.

Most of us like the parade part. We like the anticipated triumph of Palm Sunday. It’s kind of a rehearsal for the big celebration of Easter. We take some joy in knowing that the dark days of Lent are almost over. The temptation, of course, is to go straight from the excitement of Palm Sunday right to the joy of Easter. It is the same temptation we always face: to ignore or reduce or bypass the pain of life. But somehow, on this Sunday, we try to hold up both the anticipation of victory and the reality of loss side by side, and it isn’t easy. Most people fear the tough stuff so much they make it up to get more practice at it or to protect themselves from even tougher things.

We choose too often, unknowingly or knowingly, to create problems so we can control them. The little problems I know are better than big ones I don’t. The minor skirmishes I have between my spouse or partner, siblings, colleagues, parents, drivers on the road keeps me occupied enough and energized enough to get me through the day. I can juggle those balls and my life because my life makes sense with them; it’s comforting to have the same problems and almost solve them but never quite get there. We’re master manipulators of ourselves of our own lives. Why do we do this? Because this way we don’t have to face the larger issue of not having much control. Because we can shape our reality rather than it shape us, even if it’s a lesser possibility, or a more conflict filled one. It’s still mine and I’m the Lord or Lay of it. It’s a bargain we accept.

But the solution isn’t to plant mines in your life where you know they are and can avoid them. For one, it’s not a solution because it’s contradictory, since the world of problems we create to control have to feel real enough to keep our mind off other ones that we’re trying to avoid. The other reasons are because this is tiring, boring, repetitive, reductive, belittling, antagonistic, unhealthy, foolish, silly, sad, destructive. It goes against hope for becoming more. It robs us of growing in love. It takes away

Let’s not be so afraid of what the future might hold. Let’s instead hold onto faith in ourselves, trust in God. The better choice is to stop looking ahead so far that you freak out in the first place and have to run for cover and control. We don’t need to work our thoughts forward or so much that they reach the next unsolvable problem. Instead, focus better on what’s right here. Find relief in the good there is to do or see or share.

It’s what Jesus did. It’s the only way he could have handled this week. It had to be a day-by-day thing. Psalm 118:24 says, “This is the day the Lord has made; let us rejoice and be glad in it.” We are not told to rejoice in yesterday or tomorrow but to rejoice in today.

Perhaps you’ve seen the phrase “One Day at A Time” on a bumper sticker, plaque, or refrigerator magnet. The slogan is often used by recovering alcoholics as a reminder that a person doesn’t have to stay sober forever—just for today. A month, or even a week, without alcohol may seem impossible but one day or even ten minutes without alcohol gives folks a chance at stringing together one day of sobriety, and then another, and another, and then a month, then months, then a year, and then their lives are really changing, and then good things outweigh bad things, and sobriety is no longer something only to be imagined but is reality.

All of us are best when we live keeping God’s strength near us. Don’t take on too much at any one time. God is making crooked paths straight for you. As scripture says, “Weeping may endure for a night, but joy comes in the morning.” God blessings will arrive soon enough.

It was the beginning of Passover week, and the crowds heard that Jesus was approaching the city. So, people ran to greet him carrying palm branches, shouting, “Hosanna! Blessed is he who comes in the name of the Lord!” John is the only gospel to report that people actually brought palms. Matthew, Mark, and Luke say the crowd laid cloaks or garments on the ground. Matthew and Mark also say that the crowd laid leafy branches on the road. But Cloak Sunday or Garment on the Road Sunday or Leafy Branch Sunday just doesn’t cut it. Palm Sunday sounds the best.

There’s a reason that the people brought palm branches. A palm branch was a symbol of victory. Waving a big palm frond was like waving a flag to welcome a hero, a conquering general, or a king. It was political speech. So this parade was also a statement of sorts, a demonstration that backed a new

candidate for leader. Of course, Jesus chose not to look the same as others. He sat on a donkey or a foal. No stallion or grand chariot for him. But still the crowds weren’t dismayed, at least not yet. They welcomed him with symbols of triumph to make a statement of defiance and resistance.

Was it a grand entrance that would mean something? The crowd thought so. They thought they understood. But they had no idea. Just several days later, Jesus was turned over to those who determined he would be crucified. The week that began with a parade of high hopes ended with a march toward death. How much faith Christ must have had! How little we would have understood if we had been there.

What a week we have sometimes. We can be so high and then get so low. A loved one gets good news and then bad news. Parables and proverbs never speak completely to our joy or pain, but they can reinforce what we know is true, even if it’s tougher to live.

One day, his son went out for a ride with the new horse. He was violently thrown from the horse and broke his leg. The neighbors once again expressed their condolences, but the man simply said, “How could we know it is not a good thing for me?” A little later, the Emperor’s army arrived at the village to recruit all able-bodied men to fight in the war. Because of his injury, the farmer’s son could not go off to war, and was spared from certain death.

The point of the story isn’t sometimes you win and sometimes you lose. The point of this story isn’t don’t get too high or too low because you never know what comes next. Unfortunately, this is how it’s understood. The story teaches our need for control robs us of a greater majesty, of a deeper love, a truer and more sustainable way of seeing others and ourselves. We should take things one day at a time but not because we can control things or ourselves or others in this smaller segment of time, but because so much good can happen in a minute or an hour, in a day that by needing to control

things we lose. The story teaches us we should look at things one week or more at a time but not because we need things to turn out better from a low point now but because we can’t know the path we will take and this way we can be someone as big and as good as we will need to be when the tough days come and when the good days arrive.

I wonder how much Jesus thought things might turn out differently. How swept along did he get by the hype and hope surrounding him. I’m sure to some extent. But I also wonder how much he thought about what was going to occur in the future. The gospels show it was only the night of his betrayal and arrest that he prayed about his coming passion, his trial, and the judgment against him. That last prayer in the Garden of Gethsemane put together both the hope and openness to the greatness of God’s will and any possible future and the ability to face the road he ended up walking. “God if you can let this cup pass from me, but not my will but your will be done.”

We try to solve too many problems by making our lives and others small and controllable. We try to constrain the world to fit it to our wants. We try to get as much as we can out of something, doubting that good will be given in the future. But that’s not living to scale, to the scale of faith, hope, and love. It’s not accepting that some weeks are roller coasters, starting with parades and ending with pain, or the other way around.

What’s best is to become bigger. Pray bigger. Think bigger. Accept larger realities. Listen more wisely. Keep your heart open. Engage your love reflex and stop your control reaction from taking over. Christ taught us to keep our heads and hearts where they belong—right where God can bless them, no matter what’s happening, no matter what day of the week it is, no matter what part of the roller coaster you’re travelling on.