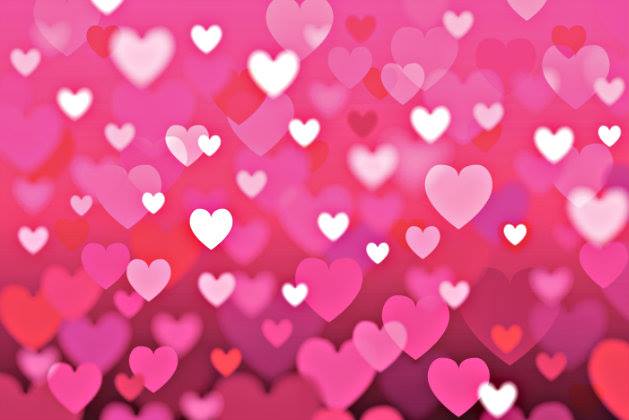 We’re familiar with John 3:16, being probably the best-known verse in the Bible. “For God so loved the world that God gave his only Son, so that everyone who believes in him may not perish but may have eternal life.” There are two halves to this verse. Perhaps folks can be divided a bit on which half they focus on. Some read the first part—God so loved the WORLD—and take that as the central message. Others hear the second portion—everyone who believes in him may not perish but may have eternal life—and see that as the core idea. One set of people see it saying God loves all; others hear it saying each person needs to be saved. They’re both right. Can’t have one without the other. Gotta love the world like Christ did to be saved. If we’re not good at loving, we’re not good at being saved. On the other hand, if you can’t see you need saving, that’s things can go bad and you can miss the mark drastically, then one is missing the boat on who one really is, and how far off you are.

I know it sounds circular, but it’s supposed to. Those who love, like God loves, loves the world, are saved. Those who are saved have enough faith in Christ to love the world, to love all. Now before I get into too much trouble by sounding like I have the formula, let me be clear that I’m not saying I do because obviously nobody does. Let me tell what this “formula” that’s not a formula looks like in real time, with real people.

Peter Arnett was a CNN television commentator and reporter, who told about being in a small town on the West Bank when a bomb exploded. Bloodied people were everywhere. A man came running up to him, holding a little girl in his arms. He pleaded with Peter to take her to a hospital because as a member of the press he would be able to get through the security cordon. So, Peter, the man and girl got into his car and rushed to the hospital. The whole time the man was pleading with him to hurry, go faster, heartbroken at the thought the little girl might die. Sadly, the little girl’s injuries were too terrible. She died on the operating table.

When the doctor came out to give them the news, the man collapsed in tears. Peter Arnett was at a loss for words. “I don’t know what to say. I can’t imagine what you must be going through. I’ve never lost a child.” The man said, “Oh, that girl was not my daughter. I’m an Israeli settler. She was a Palestinian. But there comes a time when each of us must realize that every

child, regardless of that child’s background, is a daughter or a son. There must come a time when we realize that we are all family.”

Nobody can tell me that man wasn’t saved. His capacity to love revealed his saved soul, his healed heart. His profession of faith, or lack of faith to be honest, matters little compared to his expression of love, his revelation of his love. To love beyond borders is to love the world. It is to love as God love. It is to live John 3:16, the most known and powerful scripture in the Christian’s Bible.

But for some reason, we can have a hard time remembering that God loves the world, all of it. We retreat into the idea that God loves us, and while God might love others, there’s a question mark over some of them. But more important or more unsettling than the question mark is the thought that they don’t fit into what we do. What happens to them, those others, bears no meaning on our salvation, on how God sees us, on Christ’s life in us, and yes, perhaps even our acceptance of Christ in faith. That’s a view that weighs the second part of this verse too heavily. It forgets the starting part. It reduces God’s love to something we receive freely but aren’t obligated to participate in. Salvation is love as a one-way street, coming to us to save us but not having any power to change us in its image. It’s for me. It’s a gift but it doesn’t keep giving, or I don’t keep giving.

I have a hard time with the idea that one can pronounce oneself a believer in Christ, his death and resurrection, and therefore saved. It’s easy to say something to get a gift that costs nothing. Perhaps in a day way back when Paul was writing his famous words that if you believe in your heart that Christ is the Lord then you are saved, that made sense. Because remember, back then, to say that was to put you at complete odds with everyone else. It cost you something, your life, for example. You meant it when you said it, even if what it meant wasn’t as well known as it is today after two thousand years of theology, Bible study, missionary activity, ministry, and all the social justice actions taken on behalf of those in need for the past hundreds and hundreds of years. That was no easy identification and belief in Christ, almost completely unlike today. So, to say I believe in Christ was to cross a divide that was recognizable as an honest witness to one’s loyalty to Jesus Christ. Today, it’s easy to say such words without content or meaning or conviction or faith. At the very least, if our faith isn’t going to cost us anything, then at least let’s agree that the first part of this verse—the love part—is non-negotiable. It is the content of our faith profession.

You know it cost God to love the whole world. It was a stretch too for the Creator to move beyond choosing a particular people to all people. This is how our scripture says it happened. It is the point of Jesus Christ—to stretch God’s encompassing love and forgiveness, teaching and meaning over the entire globe, over all people, for all time, like a blanket, like encircling arms. John started his Gospel with the widest story possible, “In the beginning was the Word.” This starts at the start when “all things came into being through him, and without him not one thing came into being.” The story includes everyone and everything. It’s simply not possible to make a story’s beginning any larger or more all-encompassing than this. Then it gets as small as humanly possible. “There was a man sent from God, whose name was John.” From all to one, and then the story of the one becomes the story of the other one, Christ Jesus, the one and only one, the Word made flesh.

But our passage takes a moment to head back to the big picture at the beginning and this time put it in different but even more powerful terms: “For God so loved the world.” God not only created all things but now we see God loves all things. Not only was the Word with God and at God and was a part of everything created, but now the Word is saving, or trying to save, everything he helped create.

Only the widest possible aperture or opening, only the widest lens should be used to view this scripture. Too many people see and even argue that God’s salvation is a narrow affair, given only to those who “believe in Christ Jesus,” whatever that precisely means. To argue about what it means when our scripture says, “everyone who believes in him,” to argue about this in such a way as to narrow, limit, and gerrymander who belongs in God’s grace is to obviously run counter to the opening and radical original message of this Gospel and this morning’s scripture—the God who created all also loves all. That love is what saves. Or as 1 John says, “Everyone who loves is a child of God.”

Back in 1960, Robert Coles was put in charge of a psychiatric hospital in Biloxi, Mississippi. One day, while in New Orleans, he passed by a school where there were a bunch of demonstrators protesting. They didn’t want six-year-old Ruby Bridges at their all-white school. At this point, all the parents had removed their white children. Ruby went to school by herself, escorted each day to and from school by federal marshals because local police wouldn’t protect her from the crowds who yelled and threatened six-year-old Ruby Bridges.

Coles was interested in doing a study of the social stress Ruby was facing. Twice a week, he would go to visit, sometimes with his wife. He would ask Ruby how she was doing, and she always said, “I’m doing fine.” He talked to her mother and found that Ruby was sleeping well, her appetite was good, she had fun playing with her friends, she was learning to read and enjoyed that, she didn’t seem to be anxious or upset. This went on for months. Coles thought at first that everyone was in denial, that this was their coping mechanism, but it went on. A few months later, Ruby’s teacher told him that she couldn’t understand how the child could be so happy and cheerful after facing mobs, 50-75 people, twice a day, every day she went to school. He couldn’t figure it out.

One day, the teacher told Coles that she had seen Ruby talking to the people on the street. He followed up when he visited Ruby’s home that night. “Ruby, your teacher told me she saw you talking to people on the street.” “Oh, I wasn’t talking to them,” she said. “I was just saying a prayer for them.” “Ruby, you pray for the people there?” “Oh, yes.” “Why do you do that?” “Because they need praying for.” Ruby’s mother came into the room–she had overheard the conversation. “We tell Ruby that it’s important that she pray for the people.” She said that Ruby prayed for them all every night. Ruby had been told in Sunday School to pray for the people. She was six years old. Six years old. Yet she understood God loves the world.

Let us learn the meaning of John 3:16. More than that, let us live it, advocate for it, demonstrate it, express it, reveal it. Show it to family, friends,

strangers, enemies. God’s love is powerful in us, powerful to save, powerful for sharing.

Can the church say Amen.