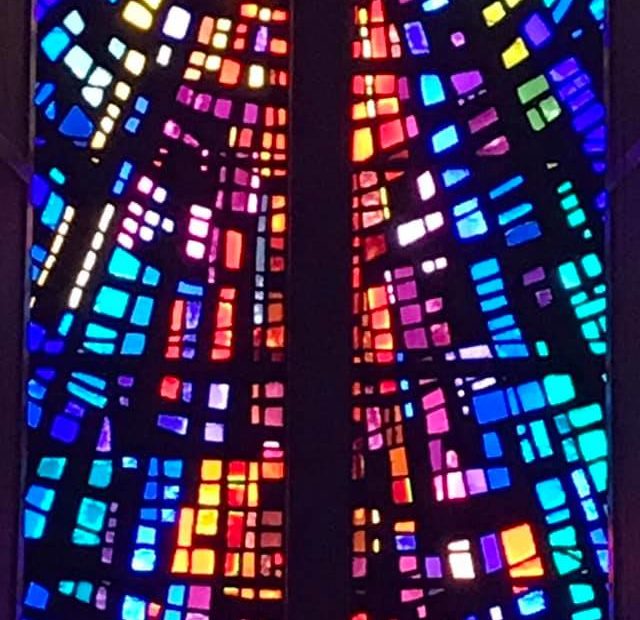 There are few things as touchy as how much we are paid. In many workplaces, it’s verboten to talk about your salary, so people don’t make comparisons. Have you ever filled out a survey where you’re asked about your income range? Maybe it’s for the new coffeemaker warranty you bought. “Seriously?! Who are they to ask that?” is our response. Of course, it’s none of their business. Our income is a sensitive issue.

So of course, Matthew’s Gospel tells of Jesus telling a story about work, compensation, inequity, and fairness. A landowner goes to the corner to hire day laborers to work his vineyard. They agree on the rate of pay—one denarius for a day’s work. In the Old Testament there were no day laborers. Roman occupation changed that. Some day laborers were freed slaves; some were peasants whose land Rome had seized; others were immigrants and refugees, victims of war and displacement. It was survival labor because it was daily. But the interesting thing here is the landowner bargains with them for the rate of pay—basically collective bargaining. Also, in the end, it turns out to be a fair wage. A denarius is the daily amount a soldier received.

A few hours later, the landowner stops by the marketplace and sees workers. He hires more laborers and tells them he will pay them what is right. Good enough for them. A couple of more times and it’s time to pay everyone. They all get the same pay, even those hired at the last hour. In fact, they got paid first—a little bit of the last will be first and the first last going on here. Predictably, this did not go over well. It doesn’t go over well with us, either. Equal pay for equal work is fair. Equal pay for grossly unequal work isn’t fair.

The landowner in the story, however, has a different take on it. He had done exactly what he said he would do; hadn’t shortchanged anyone. She had paid the early morning workers exactly what they had agreed on. If she wants to be generous with her money, what is that to them? Did they begrudge her generosity?

Well of course they did. If those hired first had been paid first, they may have taken their money and been on their way and never known about the generous pay to those hired later. Instead, the owner seems to go out of the way to be sure everyone know that those hired at 5 o’clock were getting a full day’s wage.

Marilyn McDonald owned a graphic design and printing business. She and her partner in the business decided to pay everyone the same, regardless

of experience or the particular job they did. (The only ones not paid as much were the two owners, who frequently got less than the others because of revenue shortfalls.) Most employees were paid more than they would make at the same job elsewhere. This small company was operating under the revolutionary idea of viewing all work as meaningful, and equally meaningful, and looking at need more than relative merit.

All went well until a new employee was hired. The new employee said to a co-worker, “It’s not fair. I’ve only been here a short time and we are getting the same pay. You should be getting a raise!” Even though this new employee was making 1½ times the wage she would have gotten anywhere else, even though she was the one who would have been at the bottom of the pay scale under a more conventional approach, she was the one who complained that it wasn’t fair. Of course, discontent started to be felt among the employees, and morale went downhill from there. We compare constantly. Who’s first and who’s next and down from there.

Resist comparisons. You don’t know the whole story. Avoid jumping to conclusions about someone’s life, especially when doing so makes you feel smaller or less than another. You’re equal in what matters. We have more than enough. There is so much you can give and receive. The Lord makes a way even when there doesn’t seem to be one.

Back when Matthew wrote this, there was a big problem. Gentiles were being made equal with Jews before God. In fact, Christ’s followers, who were very late to the table, about 1,400 years after Moses and Yahweh got together at the Burning Bush and on Mt. Sinai and Jewish slaves were freed from Egypt and left by mass exodus, after all that, these Christians were being “paid the same” as those whose ancestors’ ancestors had done all the hard work of being Jewish. The real Jews had lived in the desert and died fighting trying to get into and in the promised land, had built Jerusalem and had David, and Moses and Abraham as their ancestors. These, not Romans and Greeks, had had their lives smashed and turned upside down by the Babylonians, then the Persians, then the Greeks and Romans themselves. Now they were supposed to open their synagogue doors and share their God and let them have equal access to the God of gods and Lord of lords?! Yeah, this burned a little hot and harsh and felt way too close to heart and home to go down easily.

In the story, those workers weren’t just workers to Matthew’s audience. He was talking Jews and the new, sort of Jews but not really Jews, the Christians. The Jews came first, did all the work, did all the living and dying here there and everywhere, then in walked, traipsed in you could say, the

Christians at the very end. Heck they didn’t even die, a Jew, Jesus, died for them. And everyone gets paid the same! God treats them all the same?! I don’t think so. There’s something wrong here.

Put the shoe on the other foot and you would need some explaining also. In fact, this was such a big problem that Paul took three out of 16 chapters of his opus magnum, The Letter to the Romans, to talk about the strange and almost unexplainable relationship God was now having with Gentiles, and what that meant for Jews and their almost 1500 years of being God’s one and only. Instead of three chapters written long hand, you get Matthew’s Jesus telling a parable, a lengthy one, but a parable, a story, nonetheless. Let me tell you, it’s a heck of a lot easier to understand and possible accept than Paul’s thinking on the matter—not that you shouldn’t take a look at it also.

At workday’s end in this story, workers stand in a long line. You belong somewhere in there. Are you at the front of the line, or the back? Are you the doer or the one who gets the easy way given? My guess is most think they’re the early morning workers. We don’t read the story and think, “What a generous owner! What a great deal!” We read it and say, “How unfair is that!?” We’re not at the back of the end getting the good deal, we’re at the front getting ripped off.

We know how hard we work and even if we don’t always quite follow through, we know our intentions are good. We don’t necessarily know these things about others. Give someone else the benefit of the doubt. Practice the grace you extend yourself. As the Lord’s prayer says, “Forgive us our debts AS we forgive others.”

Someone comes early in the morning to hire, say, 5 workers. Who was chosen? The youngest and strongest workers and those whom the owner had hired before, whom he knew to be good workers. When he comes back, he hires the best workers still available. On it goes. So, who is left at the end of the day? The weakest and least skilled. The ones who are least desirable. The same ones who probably didn’t get hired the day before. Yet, they too have families to provide for. They need shelter and food and clothing. They need to buy school supplies and pay the heating bill.

The owner apparently pays based not on worth but on need. The landowner doesn’t hire more workers because he needs more help in the vineyard. She sees people not working, people who haven’t yet been hired, and she tells them, “You also go work in my vineyard.” It’s wanting to give a job to people who need one.

Two years ago, the Iowa State University’s women’s basketball team went to the NCAA tournament. In one early round game, the Cyclones as they’re called looked great. It looked like they could score 100 points. But toward the end of the game the coach wanted to get everyone in to the game because they were doing so well. The subs were brought in and the starters sat. But there are 12 women on the team, and only five play at a time. With only two minutes to go, Lauren Mills got in the game. She had played in only a handful of games all year. As it turned out, everybody on the team had already scored, and sure enough, with about a minute to go, they got the ball to Lauren and she made a nice play and scored. The bench erupted. Everybody celebrated. It was kind of like Jesus’ story: whether you were a starter or just got in at the last minute, everybody scored. But in this case, everybody celebrated.

Matthew told Jesus’ story to make the point that God’s grace abounds beyond ethnic borders. Through Christ, God’s reach would extend to all humanity. God’s amazing grace was first that it included Gentiles and not just Jews, and everybody in that line of humanity no matter where you stand.

How much you make or how good someone else is or how well we do in comparison to someone else doesn’t play a part in how the Lord looks at you. Your value isn’t comparative. Your value isn’t based on monetary gain. Your value doesn’t come if you’ve worked harder than others or for longer. God looks at you and sees all the good and the rest, knows what you’ve done and didn’t, when you sacrificed and how much you loved and when you took more than you gave and how your love was kept for another day or never saw the light of day and you missed. God’s love for you is bigger than you and your strength and weaknesses, wins and losses, poverty and wealth of all kinds. It’s bigger than all this. It’s a good thing it is because we all need this love and grace in our own way.

Before God we’re all the same. We’re equal in what matters. What matters is how much and how big the Lord’s love is. Can the church say Amen?