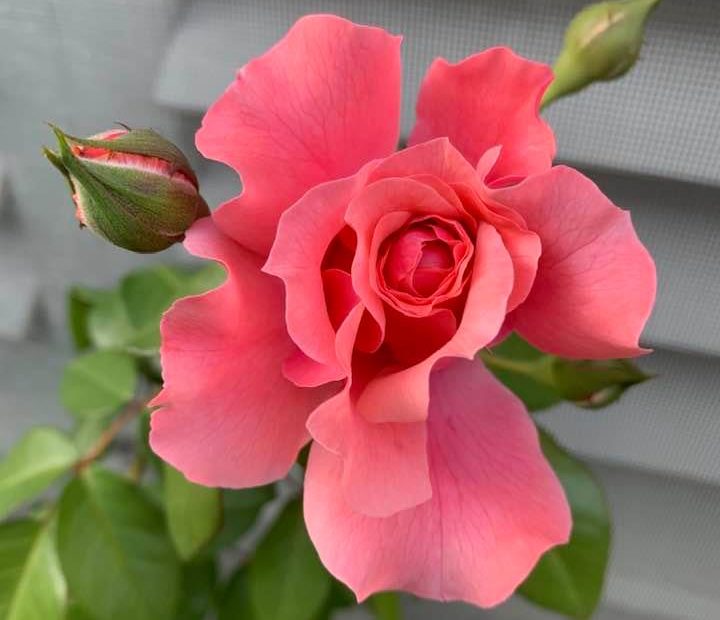 Some of you will remember the TV show The Twilight Zone. One episode was titled “A Nice Place to Visit” and told the story of a thief named Rocky Valentine, shot by the police during a robbery. When Rocky comes to, he finds himself in a beautiful penthouse where he has everything he ever wanted. His closet is filled with perfectly-fitting, expensive clothes. Drawers are filled with more cash than Mr. Valentine ever saw. He’s surrounded by beautiful women. When he gambles, he wins—every time. He’s sure he’s gone to heaven. But within a month Rocky’s bored out of his mind. Having everything he’s ever wanted is not what he thought it would be. Nothing has value.

At the episode’s end, Rocky cries out to his guardian angel, “I can’t stand this! I don’t belong here in heaven. Please send me to the other place!” His “angel” replies, “Mr. Valentine, this is the other place.”

When it comes to possessions and money, with what they mean and what they can do, we’re almost never objective. It’s nearly impossible to separate ourselves from the spell that wealth and possessions, and the comfort and health, status and identity, they bestow. We’re so angled in this direction that we fail to see where and how money and wealth fail us. We take as indisputable the belief that the “stuff” of life will make us feel fully alive, bring us satisfaction, grant us blessings, and lead us to a promised land. The more the merrier is a saying that encompasses more than a fun get together. It’s a mantra that enthralls and keeps us blind, deaf, and dumb to what is taken from us as we get more.

Nobody can eat ice cream every night, at least not when we’re adults, and not pay a price. We see the cost. When it comes to wealth and possessions, we have trouble seeing the cost. Perhaps it shows up when we fight about the percentage of a will we believe should be ours and not theirs, and things get ugly. Perhaps we see it when a child or two who got everything he or she wanted because we gave it to them, never reached for the stars or worse, threw much of their life away.

Money and wealth, our pursuit of them, our fear of not having enough, create a distortion field that surrounds our lives, our hearts and minds, our relationships, our direction, our sense of self and others. Be careful about what you have and what you want, about what would be enough and would make you happy. Cut through illusions and assumptions about your life when

it comes to what money has done or can do for you. Take a bold look at releasing yourself from its grip.

Now of course the ability of financial strength to guarantee a healthier life is well established. Poverty too often leads to less healthy lives but not because of individual choices folks are making. We can’t play the blame game when it comes to not having enough money resulting in not being able to stay healthy, or children keeping healthy. Folks who don’t have don’t deserve what they get. That’s cold-hearted and may be one of the distortion effects of having too much oneself. Don’t shut out what life is really like for others. Easy answers that knock down those who are already down and lift up those who have risen high comes quickly to the mind. Don’t let them slip in like snakes, like constrictors, to tighten around your heart, squeezing out humanity, humility, truth, and trust.

Those who don’t have enough aren’t in the same boat as those who have much. Being able to make enough, to be able to have enough to stay healthy and keep one’s children healthy is a bottom line, a minimum. To do everything in one’s power to reach this isn’t wrong. It’s right and necessary and one’s birth right to be healthy and one’s right as a parent to need your child to be healthy, well fed, happy. This is the power for good that financial strength affords—health—and there is no distortion or paying a price when we have what it takes to get us there.

What Jesus said in our passage is a bit distorting or disorienting. A man comes and kneels before Jesus and asks, “Good Teacher, what must I do to inherit eternal life?” The man is very respectful, but Jesus does not want the flattery. “Why do you call me good?” he asks. “No one is good but God.” Then Jesus describes what the law asks. “You know the commandments: ‘You shall not murder; you shall not commit adultery; you shall not steal; you shall not bear false witness; you shall not defraud; Honor your father and mother.’”

The man replies that he has kept the law since he was a youth. He is honest, pious, and wants to do the right thing. The scripture says that Jesus looked at him and loved him. Surprisingly, this is the only occasion in Mark where it says Jesus loved somebody. This man comes to Jesus, he is deeply interested in what Jesus has to offer, he has kept God’s law, and Jesus cares. I heard someone this week say that Mark can sometimes read like getting text messages without emojis. But here, we get an emoji. We get a big heart.

Yet despite his model behavior and attention to the law, something is not right. This man realizes something is missing – that’s why he came to Jesus in the first place. Something was keeping this man from God; something was blocking his ability to receive God’s gift. Jesus tells him what he must do. He tells him he lacks one thing—to sell what he owns, give the proceeds to the poor, and follow him. Ever seen a lead balloon? Yeah, that’s what we’re talking about here.

Now you may not have caught it, but it is only at this point of the story that the man is identified as rich. He walks away “shocked and grieving because he had many possessions.” Giving all that security and status away is hard. Perhaps Jesus should have said, give one item away a day to a poor person and when it’s all gone, come and find me. Cold turkey isn’t for everyone.

Can you imagine Jesus saying this to you? Can you imagine being asked to sell everything, give it all to the poor, and follow Jesus? We can’t even fathom the possibility. It sounds absurd. If we sold everything and gave it all away, we would be out on the street. How would that help anyone?

In South Florida, many folks have to decide: gate or no gate. Do you buy in a gated community or not. The answer seems obvious. Go gate whenever you have the chance. Not all homes are secured behind a gate fence, and of course they tend to be ones that cost more money, so it’s not always in reach. But the safety gates afford mean it’s a no brainer. Or is it?

We don’t live in a gated community. Marit’s van got taken once. I had money taken out of my car once. But I think both times we may have left the cars unlocked. I know I did. Oops! Marit’s car was taken by someone who lived outside our neighborhood. I believe my car was broken into by someone inside, but I don’t know for sure. Either way we’ve lived there for 15 years. That’s not much for that long of a time.

I prefer to live without having to go through a gate every time I come and go. The real reason I like to live in an open neighborhood however is not for the ease of entering and exiting. It’s because I don’t want to lose touch. It’s easy to slip into something more blocked off, walled off, excluding, protective. It’s important to practice engagement, interaction, openness. It doesn’t come easily and is easily lost. It’s the same thing with the people on our street.

I know someone who moved out of Boca Raton because they wanted to move where more people were like they were. They moved to north Florida

and the Panhandle. I can’t imagine that. Next door to us is a Haitian family, across the street is a Hispanic couple, next to an East Indian family, next to a couple from Moldova. On the other side of us is a New Yorker and next to them is a couple, one Hispanic and the other from Boston. Across the street going the other way is a Japanese and Filipino couple. Marit is from Sweden. I don’t mean to point out backgrounds to separate us. I’m pointing out I live in the United Nations of America, lol! Why choose the exact same when you can have this! By the way, our best friends are the Indian family, who moved to India several years back, but kept their home because if they came back, they wanted to move back to our street and to live with us as their neighbors. We were blown away when they told us that. They moved back in about eighteen months.

I know it’s easier to live where nobody has an accent, or everyone speaks the same, everyone or most everyone is on the same page, etc. It’s easier because you don’t have to stretch. Behind a physical gate, among folks who are just like oneself, what’s there to practice, to attempt, to struggle with? But that’s more like living like Rocky Valentine, getting everything you ever wanted, and getting nothing that makes you better.

Jesus’ challenge to the man to sell his possessions, give to the poor and follow him was a way of exposing a flaw in the man’s keeping the commandments. The commandments are not so much a checklist of rules to be followed so that we can get a good grade, but rather characteristics of living the eternal life God offers. Being perfect isn’t the goal. Practicing, trying, failing, growing, practicing more, stretching, learning, having heart, staying humble, being fully human, and perhaps even slightly divine, that’s the life Christ saw for the man in this story.

Be careful of gates. Live outside of walls. Drop the distortion field your wealth and possessions provide you. The real world is an even more beautiful place. It’s Christ’s kingdom.